The U.S. spends billions to lock people up, but very little to help them once they’re released

by Administrator
in Business
0

The U.S. spends $81 billion a year on mass incarceration, according to the Bureau of Justice Statistics, and that figure might be an underestimate. In 2017, the Prison Policy Initiative estimated the actual cost on state and federal governments and impacted families is roughly $182 billion. Those dollars go to staffing the criminal justice system and meeting the basic needs of the more than 2 million Americans who are incarcerated.

But when those people leave prison or jail and reintegrate into their communities, the question of where support comes from gets complicated. Government funding for parole and other reentry services is minimal in comparison to the amount spent to incarcerate people, and organizations struggle to apply and reapply for the funds. Reentry organizations, most of which are nonprofits, run on small budgets. When they aren’t competing for grants, they’re trying to fundraise against causes that many donors see as more compelling, they say.

“600,000 people are released from correctional facilities every year, but it’s a part of the criminal justice system that’s being funded at no guarantee,” said Jennifer Ortiz, an assistant professor of criminal justice at Indiana University Southeast who studies reentry programs across the country.

“We run the programs on borrowed money with scotch tape and sealing wax.”

That disconnect is setting the formerly incarcerated up to fail, she said.

“We can’t tell someone released from prison, here’s a checklist of 20 things to do” — such as mandatory drug tests in the middle of the day or participating in other supervision programs, and provide them no support to do them, she said. “We have to create a better system in which those people can achieve those goals.”

Some progressive states, Ortiz said, are starting to channel money into reentry programs that directly address needs, like government-funded housing. Other states are actually creating reentry divisions with their department of corrections.

But most states still rely on their parole systems as the primary means to help people return from prison. When a person is released from prison and ordered onto parole, the parole officer is meant to help them find employment, housing and identification, which are just a few of the many needs people face coming out of jail or prison. Ortiz said the way parole is set up now forces men and women leaving prisons to feel the pressure of intense scrutiny, knowing if they slip up even once, they will be sent back to detention.

“Parole and probation should shift from surveillance and toward rehabilitation,” Ortiz said.

Much of the costs around probation or parole are often transferred to the formerly incarcerated person, and those costs serve as roadblocks to integration, Ortiz said. For example, some parolees have to pay the parole program as they go, and others often have to give up time to meet scheduled appointments when they could be working. Ortiz explained that parole officers often direct people to nonprofit reentry organizations, which are better able to do the work without costing the impacted person. The problem is, she said, those nonprofits are largely underfunded.

Funding for reentry programs from state or federal sources often comes in the form of grants. Those grants need to be reapplied for, aren’t consistent and can be cut off after the grant’s contract is over.

“The people who want to help are competing with each other with a very limited pool of funding.”

New York uses government contracts to fund reentry programs aimed at stopping recidivism, through groups like the Fortune Society, which provides resources to people coming out of prison or jail, like housing, education and employment.

But Fortune Society CEO JoAnne Page said that kind of funding source, which makes up the majority of the program’s budget along with federal grants, has become stressed during the pandemic.

“We are in the most challenging financial climate in the 30 years I’ve been here,” she said.

Page said New York City and the state are behind on providing the money promised in contracts for programs that Fortune has already paid to implement.

“We’ve never seen the level of delay in contract processing and payments that we’re seeing now,” she said. “We run the programs on borrowed money with scotch tape and sealing wax. We spend $100,000-$150,000 a year on interest on money borrowed. That’s money we’re just throwing away.” 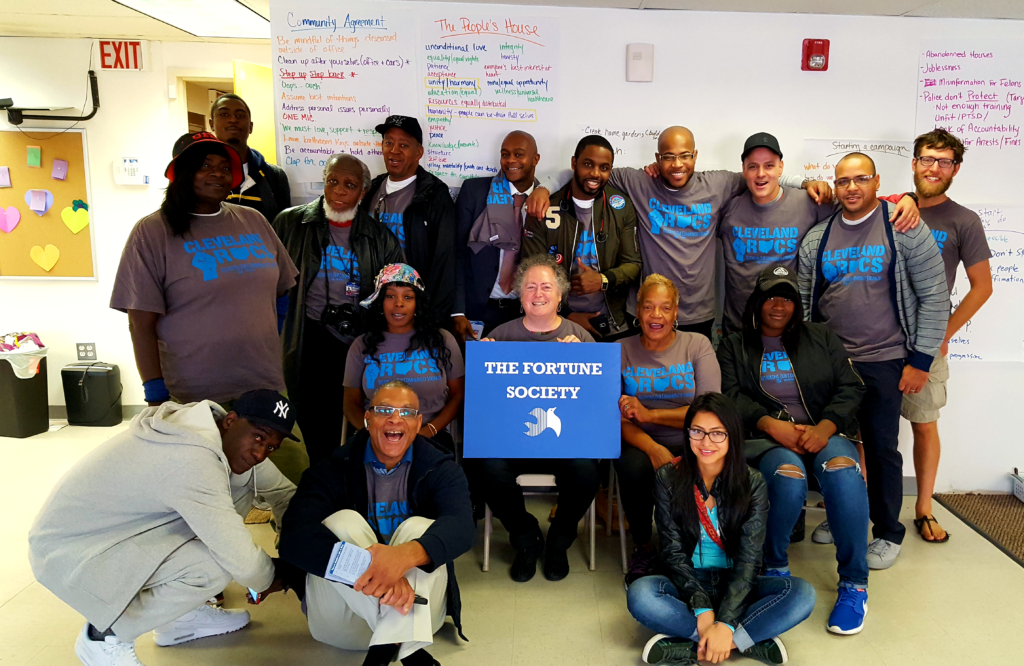 She said they fill the gaps in funding with private donations either from philanthropists, corporations or individuals.

“When it comes to reentry nonprofit programs, our private donors are hard to find, but they tend to be very loyal,” Page said, explaining that some donors may be more inclined to put their money into causes like medical research or animal rehabilitation. “We have a cadre of loyal donors who care about what we do.”

See also  Who owns the copyright of My Logo?

“The onus shouldn’t be on non profit organizations. It shouldn’t be the primary reentry provider in society,” she said. “A lot of [government] funds could be shifted toward reentry services.”

When Stanley Richards came out of a New York prison 30 years ago, his lack of work experience left him with few employment opportunities. He didn’t know where to go, and finally ended up asking the Fortune Society for help.

“Fortune hired me as a counselor and that job launched the rest of my life,” he said.

Now, he’s executive vice president at the nonprofit, which has a $35 million annual budget. Richard, who works with fundraising, says the goal isn’t just to raise the money, but to be an advocate for policy change. He uses his personal experience from incarceration to sell people on the idea that it’s the system that’s broken, not the people within it.

“My personal story is not a unique story. There are thousands of people with stories like mine. And understanding my story is understanding the face and humanity of people we’re talking about, people in the criminal justice system,” he said. “That’s an important context when we talk about recidivism.” 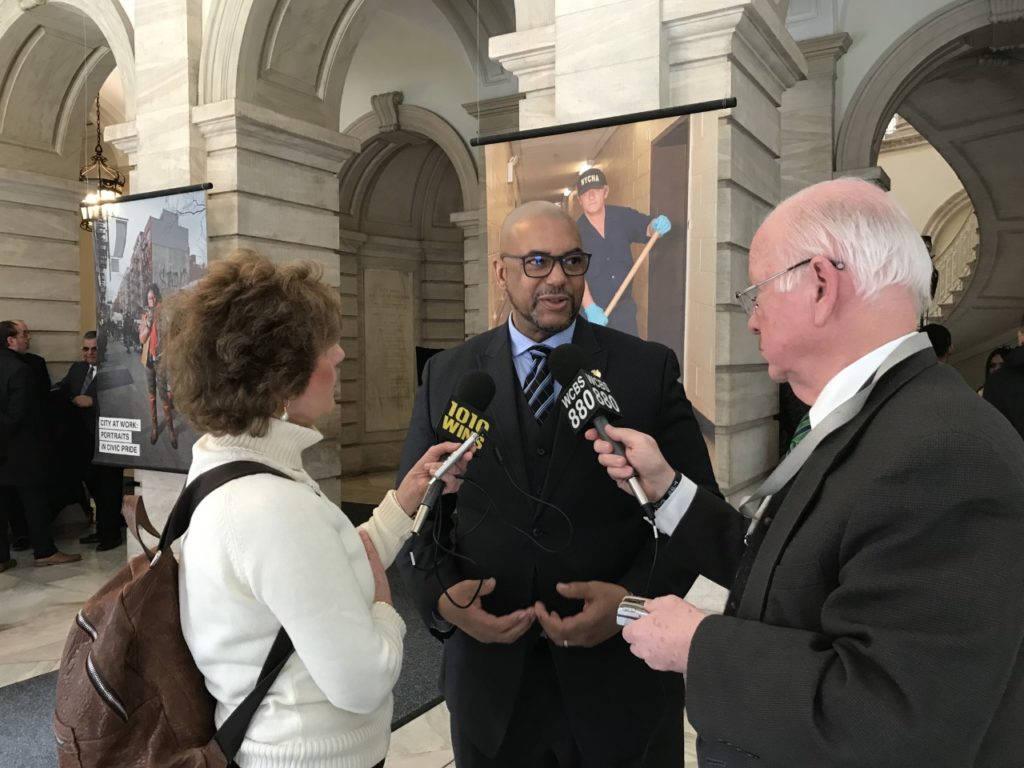 Donna Hylton began a nonprofit in January 2020, eight years after coming out of the New York prison system where she had spent nearly three decades.

“I started my journey while I was inside,” she said, explaining that she worked with other women in prison to create programs geared toward their needs.

She called her program ‘A Little Piece of Light,’ aimed at helping women of color like her who feel invisible when it comes to targeted reentry services.

“It’s not easy because no one is listening. We’re an afterthought,” she said. “The conversations are dominated by men and their issues and concerns.”

Hylton said her biggest hurdle remains funding. She had to learn how to write grants, and pitch her idea to potential philanthropists to boost her nonprofit’s coffer. She feels her pitches often fell on deaf ears.

“I had people help me and I still have a ways to go,” she said. “Especially women, Black women and Black women impacted by incarceration, people aren’t going to say ‘I believe in you.’”

With the help of one major donor, Hylton was able to get her nonprofit, aimed at counseling and redirecting people who need specific resources, off the ground.

One reentry nonprofit, Pioneer Human Services in Washington state, relies on a different method to raise funds. It boosts its budget through a for-profit aerospace manufacturing company it operates, by hiring people touched by the criminal justice system.

“We’re so successful because we use social enterprise where the businesses provide support for the service activities,” said Karen Lee, Pioneer Human Services CEO. “But it’s not nearly enough money.”

Lee said the COVID-19 pandemic has hit all of the nonprofit’s funding sources hard. Business is down and philanthropists are tightening their belts.

“Our biggest donor is aerospace, and aviation is not doing well,” she said. “We had several millions of funding evaporated. It’s been incredibly difficult.”

Lee said her goals are not only to provide services, but also to change the criminal justice policies that create a need for these services.

“Reentry is a lot of things,” Lee said. “It’s housing, it’s substance use disorder treatment, it’s education, it’s restitution and victim services and court costs. And every time you take a dollar from a prison, you have other institutions trying to get that same dollar. The competition is real.” 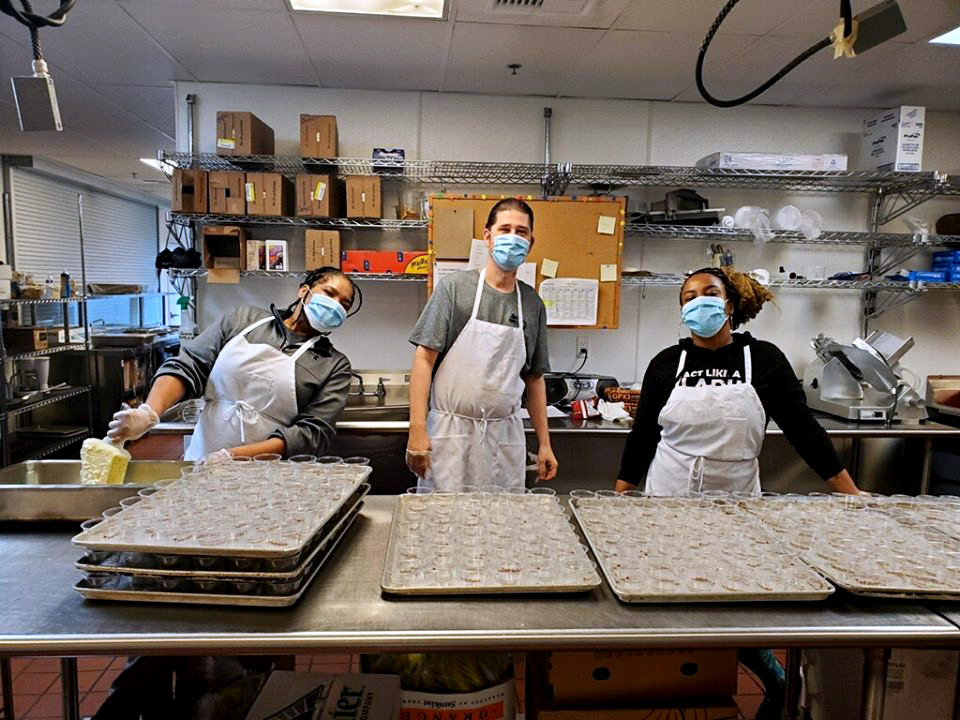 Ortiz said that competition is not only within the federally-funded services like parole and jails but among the nonprofits themselves. And she sees that as a huge problem.

“The people who want to help are competing with each other with a very limited pool of funding. I don’t believe those people are intentionally failing, but the system is putting them in a position not to work hand in hand together,” Ortiz said.

Lee with Pioneer Human Services agrees the funding pool for reentry programs is not enough, forcing most nonprofits in reentry to stay “very, very small.”

Ortiz puts it bluntly. “I do not think any jurisdiction adequately funds reentry, at this point,” she said.

It’s not just the dollars and cents of funding that are the problem in reentry, she said. It’s the way the people who make those budgets, and their constituents, continue to view incarceration as a solution to society’s ills. She said changing policy, which many reentry programs also lobby for, is a first step to reframing the conversation about crime and people who are locked up.

“People view the currently and formerly incarcerated population through a lens of dehumanization,” Ortiz said. “They ask ‘well they broke the law, why should I help them? It’s a choice they made’, not realizing if we don’t help them, they will keep committing crimes. It behooves us to help.”

When Friends Move Next Door