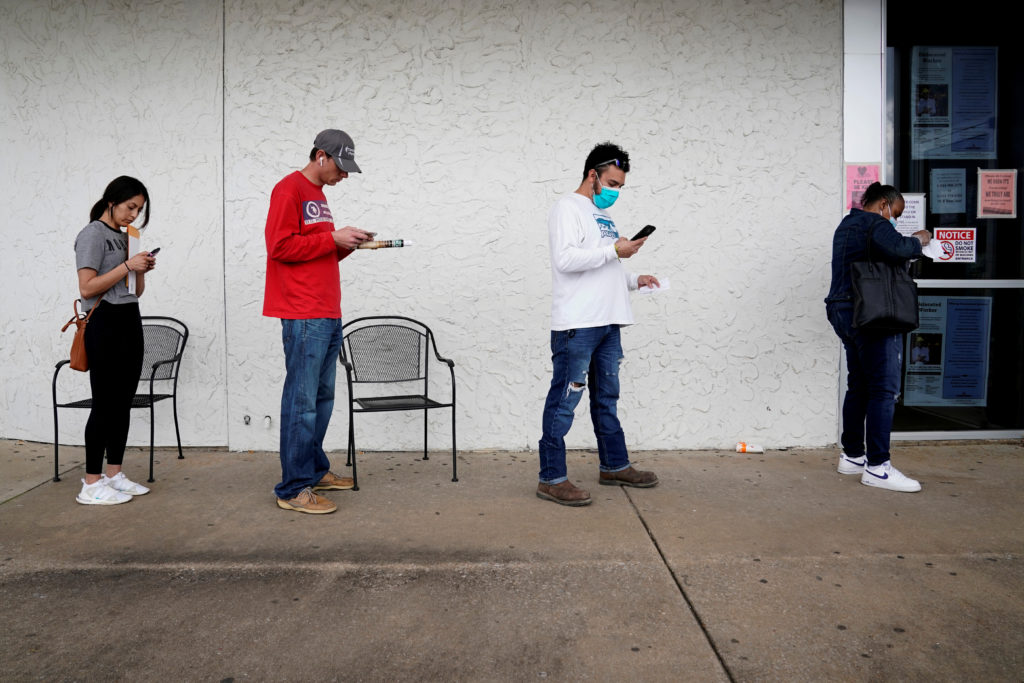 WASHINGTON (AP) — The number of Americans applying for unemployment benefits rose last week to 744,000, signaling that many employers are still cutting jobs even as more people are vaccinated against COVID-19, consumers gain confidence and the government distributes aid throughout the economy.

The Labor Department said Thursday that applications increased by 16,000 from 728,000 a week earlier.

Jobless claims have declined sharply since the virus slammed into the economy in March of last year. But they remain high by historical standards: Before the pandemic erupted, weekly applications typically remained below 220,000 a week.

For the week ending March 27, 3.7 million people were receiving traditional state unemployment benefits, the government said. If you include supplemental federal programs that were established last year to help the unemployed endure the health crisis, a total of 18.2 million are receiving some form of jobless aid the week of March 20.

Economists monitor weekly jobless claims for early signs of where the job market is headed. Applications are usually a proxy for layoffs: They typically decline as the economy improves. Or they rise as employers retrench in response to sluggish consumer demand.

During the pandemic, though, the numbers have become a less reliable barometer. States have struggled to clear backlogs of unemployment applications, and suspected fraud has clouded the actual volume of job cuts.

By nearly all measures, though, the economy has been strengthening. During March, employers added 916,000 jobs, the most since August, and the unemployment rate declined from 6.2% to 6%. In February, the pace of job openings reached its highest level on record. Last month, consumer confidence posted its highest reading in a year.

See also  How Can The Healthcare Industry Benefit From Medical Grade Touchscreen Monitors?

And this week, the International Monetary Fund forecast that the U.S. economy will grow 6.4% this year.

That would fastest annual pace since 1984 and the strongest among the world’s wealthiest countries.

All of which suggests that employers will keep hiring steadily this year as the broader economy improves.

That said, the United States still has 8.4 million fewer jobs than it had in February 2020, just before the pandemic struck. New confirmed coronavirus cases, which had dropped sharply from early January through early March, have plateaued over the past month. In addition, the vaccination rate for elderly Americans, who are among the most vulnerable, has dramatically slowed even as the supply of vaccines has expanded.

And the data firm Womply reports that the percentage of businesses that remained closed last week rose from the beginning of March — from 38% to 45% for bars; from 35% to 46% for beauty shops; and from 30% to 38% for restaurants.