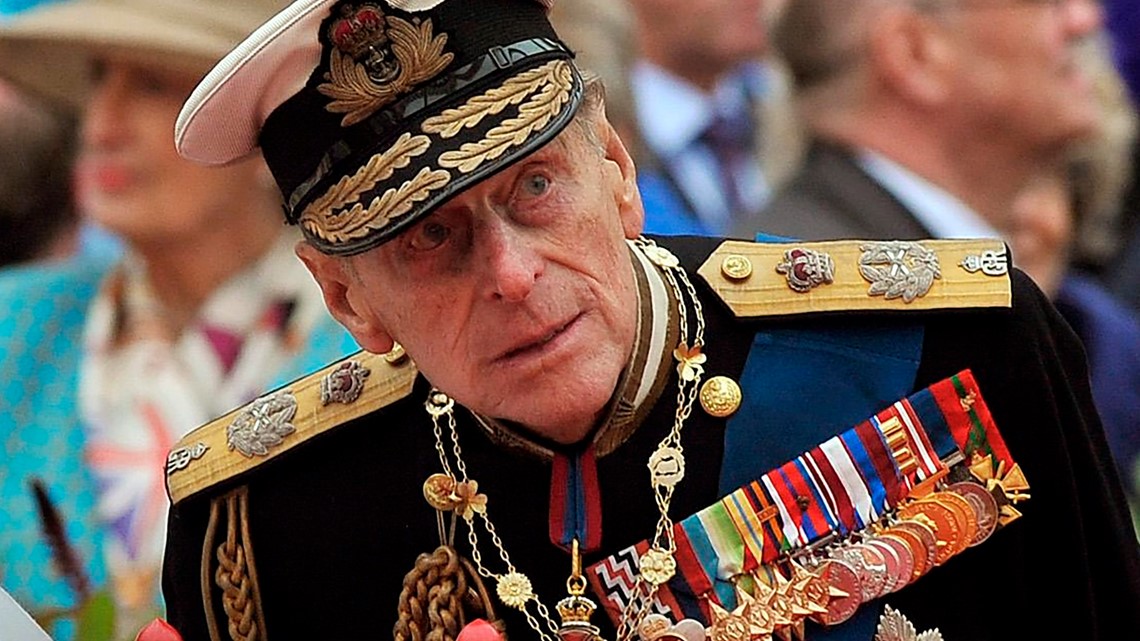 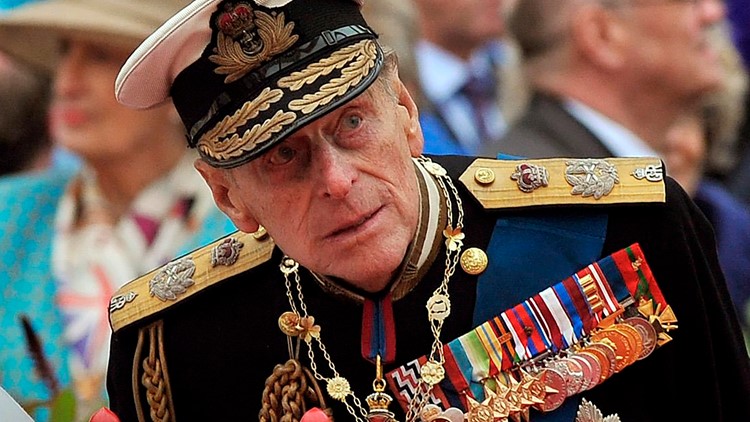 WASHINGTON — Philip, Duke of Edinburgh, husband of Queen Elizabeth II and father to Great Britain’s next king has died. He was 99.

Philip spent a month in the hospital earlier this year before being released on March 16 to return to Windsor Castle.

Philip was born in Greece’s island of Corfu on June 10, 1921. He was the only son of Prince Andrew of Greece and Denmark and Princess Alice of Battenberg. He was a member of both the Greek and Danish royal families, but he was not Greek.

Philip’s uncle, King Constantine I, was forced to abdicate the Greek throne in 1922. The military government arrested Philip’s father, and a court eventually banned him from Greece.

RELATED: What happens after a member of the Royal Family dies?

It is with deep sorrow that Her Majesty The Queen has announced the death of her beloved husband, His Royal Highness The Prince Philip, Duke of Edinburgh.

His Royal Highness passed away peacefully this morning at Windsor Castle. pic.twitter.com/XOIDQqlFPn

Philip spent his childhood in France, Great Britain and Germany. He attended the Royal Naval College starting in 1939 at 18 years old, just before the start of World War II. It was there that Elizabeth, daughter of King George VI and Queen Elizabeth I, remembered meeting Philip for the first time when she was 13, although there are multiple reports they met at a wedding five years earlier (Elizabeth said in a letter she didn’t recall). The young Elizabeth developed a crush on Philip, and they eventually started a relationship. The two were great-great-grandchildren of Queen Victoria, making them distant cousins.

Philip served in the Navy during World War II primarily in the Indian Ocean and Mediterranean and fought against some of his own German brothers-in-law. He quickly moved up the ranks, becoming a first lieutenant at 21 years old and second-in-command of the destroyer HMS Wallace.

Philip played a key role in saving the lives of his crew in the 1943 Allied invasion of Sicily. As the Wallace was being bombarded in the dead of night. Philip came up with a distraction.

“I got a Carley float (raft), filled it with rubbish and set fire to it and launched it, hoping that the aeroplane would think we were burning or something,” Philip told BBC Radio 4 in 2014. “And it did! It went and had a go at it – we got away with it.”

Philip was also at Tokyo Bay when the Japanese surrendered in 1945.

Philip and Elizabeth II married on Nov. 20, 1947, but not before Philip renounced his Greek citizenship and became a British subject. They celebrated their 70th anniversary in 2017.

After their wedding, Philip was given the titles Duke of Edinburgh, Earl of Merioneth and Baron Greenwich.

Elizabeth II became queen after her father’s death in 1952. As Elizabeth’s royal consort, Philip had no claim to the throne and would never become king.

Philip subsequently left the Navy, but he still gained several military titles over the years including Admiral of the Fleet and Field Marshal and Marshal of the Royal Air Force.

See also  Are Wedding Videographers Worth The Investment?

Philip and Elizabeth had four children — Charles, Anne, Andrew and Edward. Their eldest son, Charles, is next in line for the throne, followed by their grandson, William, and great-grandson, George. They have eight grandchildren and nine great-grandchildren.

Philip mostly avoided controversy, but he became a crucial player in the often–strained relationship between Prince Charles and Princess Diana. During their courtship, Philip told Charles to decide if he wanted to marry Diana or break it off. As the couple’s marriage struggled, Philip and Elizabeth reportedly tried to get them to reconcile. Eventually, Charles and Diana divorced in 1996.

Diana died a year after the divorce in a car crash in Paris along with her boyfriend Dodi Fayed. Philip, Charles and Philip’s grandsons, William and Harry, walked behind Diana’s coffin in the funeral procession.

Fayed’s father, Mohamed Al Fayed, publicly blamed Philip, accusing him of being a racist and ordering the crash that killed the couple, staging it to look like an accident. An investigation determined the collision was accidental.

Philip was as public as any member of the Royal Family, committing himself to his duties after his naval career ended.

Known as a conservationist, he became the first British president of the World Wildlife Fund in 1961.

“If we’ve got this extraordinary diversity on this globe it seems awfully silly for us to destroy it. All these other creatures have an equal right to exist here, we have no prior rights to the Earth than anybody else and if they’re here let’s give them a chance to survive,” he told the BBC in 2011.

Philip was the first member of the royal family to be interviewed on television, promoting youth apprenticeships in 1961.

He was also an advocate for designers whose work could improve daily life. The UK’s Design Council, a charity aimed at using design to make positive social, environmental and economic change, presented the annual Prince Philip Designers Prize from 1959 until he reduced his royal duties in 2011.


Philip made his 22,219th and final solo public appearance on Aug. 2, 2017, when he met with Royal Marines who completed a 1,664-mile journey to raise money for charity. Philip reportedly gave 5,496 speeches, wrote 14 books and went on 637 solo overseas visits in his royal role, according to the Associated Press.

An accomplished sportsman, he played polo regularly until 1971. He earned his Royal Air Force wings in 1953, helicopter wings in 1956 and private pilot’s license in 1959.

Philip was also worshipped by a group of villagers in the Republic of Vanuatu, an island nation near Australia. They believed he descended from one of their spiritual ancestors because he was married to a powerful woman.

Philip is survived by the queen and their four children — Prince Charles, Princess Anne, Prince Andrew and Prince Edward — as well as eight grandchildren and ten great-grandchildren.

Information from Associated Press, USA TODAY, BBC, and The Guardian contributed to this report.