IS GOOGLE ABUSING ITS DOMINANCE?

Everyone in the world knows about google, it is a big market player in many sectors. Google is accused of abusing its dominance by imposing unwanted restrictions. Before that let’s understand what is Competition.

When two or more sellers individually try to acquire patronage of buyers with a motive to earn profit or market shares. Different types of competition are:

Competition law’s main objective is to ensure a safe marketplace for consumers and producers by eliminating or prohibiting anti-competitive practices. It prevents monopolies in the market. All rules are stated under the Competition Act,2002. This act is enforced by the Competition Commission of India. To get the best and low-cost Law course, mock test paper any law-related information can visit: Law Planet.

An anonymous complaint was filed against Google. CCI said prima facie Google had abused its dominant position by pushing google pay unfairly in the Indian market. CCI made this opinion after considering two points:

CCI said google play charges a 30% commission on all apps and in-app purchases. This policy is getting a lot of heat from Indian Developers, they are accusing them of imposing a ‘ take it or leave it’ policy.

CCI further said that this could also affect the consumer experience and cost and choice because apps developers would change subscription fees, premium or paid subscriptions for users to cover the costs. This is affecting the limit of app developers to offer effective payment solutions of their choice to users. Google has delayed the implementation of the policy by six months. The policy will take effect from March 2021. CCI has ordered an investigation by the director-general (DG) into the matter and said that investigation should be completed within 60 days. 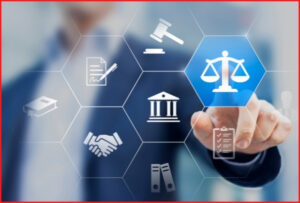 In another complaint filed in April by three consumers, Mr.Umar Javeed, Ms. Sukarma Thapar, and Mr. Aaquib Javeed, of Android smartphones in India. The case was filed under section 4 and section 19 (1) (a) of the act, alleging Google LLC and Google India Private Limited of abuse of its dominant position in the market of mobile operating system (Android OS) installed by original equipment manufacturers of smartphones and tablets (OEMs). Many users and developers use google’s mobile operating system along with other Google applications (Google Mobile Service).

To obtain the right, the manufacturers had to enter into two agreements with Google, namely Mobile application distribution agreement (MADA) and Anti fragmentation agreement (AFA). They were between OEMs and Google. In AFA, OEMs were restricted to develop and market the modified version of Android OS, this agreement was restricting entry of potential superior versions of Android OS. AFA was a precondition to signing the MADA. These agreements were restricting the entry of rival applications.

CCI further held that Google is appearing to be dominant in these sectors as India’s 80% Mobile OS market of Android. The CCI also looked into the decision of the European Commission (EU) where the EU held Google dominant in the market of general internet search services and licensable smart mobiles OS.

CCI issued a director-general investigation on the following matters:

By mandating pre-installation of GMS has strengthened the position of google in the market. They are also hindering the entrance of rivals in the market. India is not the only country looking into Google’s. The company is facing trouble all over the globe.

How Is Facebook Using An In-House Version of PHP To Get Ahead?