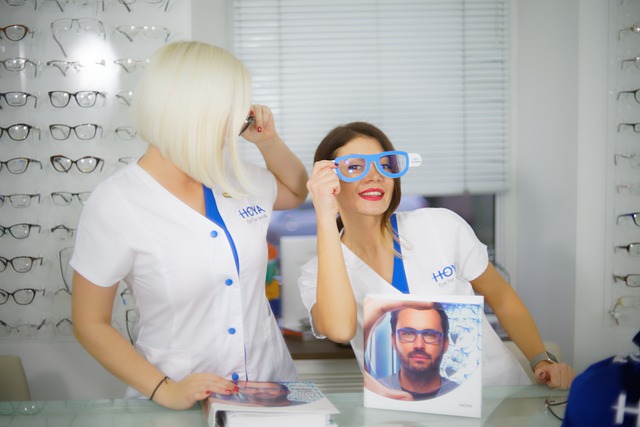 What do you mean by Blue Light glasses?

Blue light glasses are the manufacturers which can emit blue light. The glasses consist of the filtering material or the lens’s surface coatings, which can block a portion of the blue light.

People who believe that the eye and the vision symptoms are due to blue light exposure can wear them to decrease exposure. It is a short wavelength in the spectrum of the colours which is visible to the human eye. The wavelength is in the blue portion of the electromagnetic spectrum, roughly 400 to 500 nanometres. Computers, laptops, tablets, and general lighting can expose the eyes to blue light.

It’s been claimed by the blue light glasses that one can prevent the blue light from damaging eyes. However, damage can occur because of the high doses of blue light. In addition, it takes a longer duration of the less intense exposure. With the advent of technology, (LED), organic LED, and the active-matrix organic LED, people have now received chronic exposure to blue light. However, experts believe that the negligible levels of the blue light emitted from the devices are not much dangerous. Check out the best blue light blocking glasses online at the most cost-effective prices!

See also  Emergency Dental Care: What You Need To Know And Where To Get Help

While others believe that exposure to the short wavelength from the devices before bedtime can disrupt a lot of the sleep patterns, blue light glasses can be quite beneficial for treating sleep disorders. However, few experts believe that instead of the blue light toxicity, people might experience the symptoms from overusing the technology.

There are many eye issues caused by digital screens that are not due to blue light. Most people experience eye discomfort because of digital screens. Also, many of the issues occur because of the term known as computer vision syndrome. It is also sometimes referred to as the digital eye strain. A few of the symptoms includes are:

CVS is a wide range of eye strain and also causes discomfort to a large extent. It is because the eyes are continuously shifting the focus when you look at the screen. So even if you are experiencing eye irritation from the long day working on the computer. The discomfort is not solely because of the blue light. When we look at the digital screen or the device for a much longer time, it can cause the cornea to become dry and irritant. So, when we focus on the eyes, the eyes can get strained and contracted too, which can cause eye discomfort to a large extent.

See also  What is Rosemary?

Is it worth investing in a pair of blue light glasses? When it is about preventing eye strain, your best bet is to save money and practice good screen habits all day instead. However, if you use screens late at night, you can have trouble falling asleep, so that it can be a great option.