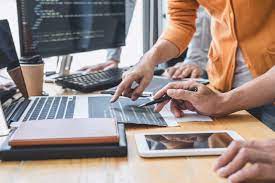 In an abortion, no baby is born at the end of the pregnancy. Abortion is different from miscarriage because miscarriage occurs naturally. When a pregnancy is intentionally terminated before birth, it is referred to as an abortion.

Abortion is considered illegal in many countries, but is allowed in cases such as severe fetal defects, incest and rape.

What scientific techniques are used?

There are a wide variety of abortion techniques available today, and which technique is used depends on the circumstances. Attitudes toward abortion are always changing. Even when it was illegal, abortion was widely used.

According to the World Health Organization, it is estimated that 40-50 million abortions are performed each year. This equates to approximately 125,000 abortions per day.

In the United States alone, 4 out of every 10 unintended pregnancies are terminated.

A look at history…

In ancient Rome and Greece, abortion was accepted. They were not very concerned with protecting the unborn child. Surviving texts from the ancient Greco-Roman world show that ancient people were very familiar with the abortion process. Of course, the process was carried out in a different way then than it is today.

So what were the methods used in primitive times, you may ask?

Well, many of the methods used for abortion in early and primitive cultures were non-surgical. Physical activities such as climbing, strenuous labor, padding, and weight lifting were common methods. Other methods included fasting, lying on hot coconut shells, and pouring hot water on the abdomen. The Chinese use mercury to induce abortion.

Abortions can be performed in many ways and are successfully performed in hospitals and nursing homes around the world. However, in order for an abortion to be successful, it is important to ensure that a safe abortion technique is used, otherwise it can be fatal to the woman undergoing the abortion.

Use of a suction tube

The first safe technique used for abortion is suction, in which a special tube is inserted into the uterus through the cervix and vagina, with or without rendering the woman unconscious. Very often, painkillers are injected into the cervix to relieve the pain. If the fetus is extracted by manual vacuum, a small syringe is used, while an electric motor is used during the procedure. This is a safe procedure that takes less than 10 minutes to complete and is safest in the first 12 weeks of pregnancy.

Another safe abortion technique is the curettage method, in which the pregnancy is scraped out with a small spoon shaped tool called a curette. This tool is specifically designed to access the uterus. In order to use this sharp tool, the cervix must first be pulled apart, which may be a little painful. The procedure takes about 20 minutes and is usually performed in an operating room, leaving the woman unconscious.

The final technique for a safe abortion is through the use of medication, known as a medical abortion. When a woman takes these oral medications, the uterus contracts and squeezes out the fetus or pregnancy. Medication abortion is considered to be very safe and effective and it reduces the chances of any infection in the uterus because nothing is placed directly in the uterus. However, one should know the right medication and its correct dosage. This type of abortion is most effective in the first nine weeks of pregnancy.

See also  Root Canal Therapy Can Save Your Tooth!

There are different types of abortions, so a common question you have is to ask which abortion method is the best. Frankly, taking abortion pills is one of the safest and easiest methods of abortion. However, you need to remember that each method has its advantages and disadvantages. Therefore, if you do take the abortion pill, know that it will be an irreversible process. Likewise, abortion through surgery can cause some pain, and you need to be aware of this.