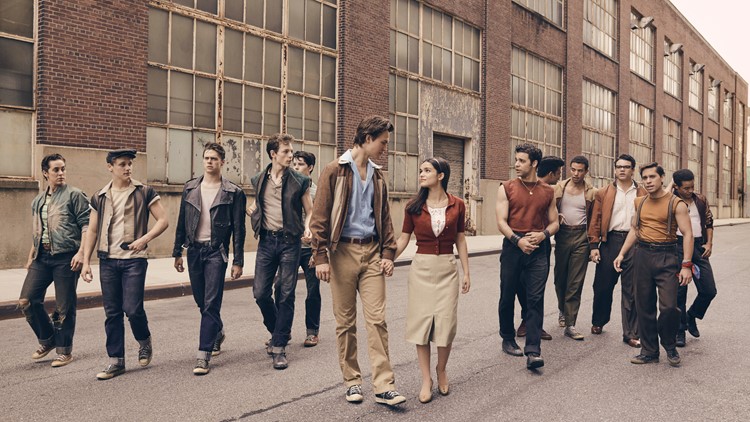 The teaser trailer for Steven Spielberg’s ‘West Side Story’ features the voice of Rita Moreno, who played Anita in the 1961 classic.

WASHINGTON — The first trailer for Steven Spielberg’s adaptation of “West Side Story” debuted Sunday night during the Oscars telecast.

The film was originally supposed to hit theaters in December 2020, but was delayed due to the coronavirus pandemic. It’s now scheduled to be released on Dec. 10, 2021.

Ansel Elgort and Rachel Zegler star in the remake of the iconic stage musical and 1961 film. The two play teenage star-crossed lovers from rival gangs in 1950s New York.

Ariana DeBose, who plays the role of Anita in the remake, introduced the clip at the 93rd Academy Awards.

Truly exciting! #WestSideStory. And the voice of Rita Moreno! https://t.co/f9uCoaTU6z

DeBose co-hosted the Oscars pre-show with Lil Rel Howery. DeBose also had the top searched red carpet dress on Sunday nigh, according to Google Trends.

Director Steven Spielberg paid tribute to the original creators of the musical when production wrapped in September 2019.

“On every day of the past four years during which we’ve been preparing, casting, imagining West Side Story, I and my team, cast and crew have been walking in the footsteps of four giants: Leonard Bernstein, Arthur Laurents, Jerome Robbins and Stephen Sondheim,” Spielberg wrote in a letter. “For the light they’ve shed on the world, for Stephen Sondheim’s insight, guidance and support, and for the openhearted support of the Bernstein, Laurents and Robbins estates, I owe more than I can possibly express.”

The 1961 classic won best picture at the 34th Academy Awards.