Vail area bears are slow to wake this year 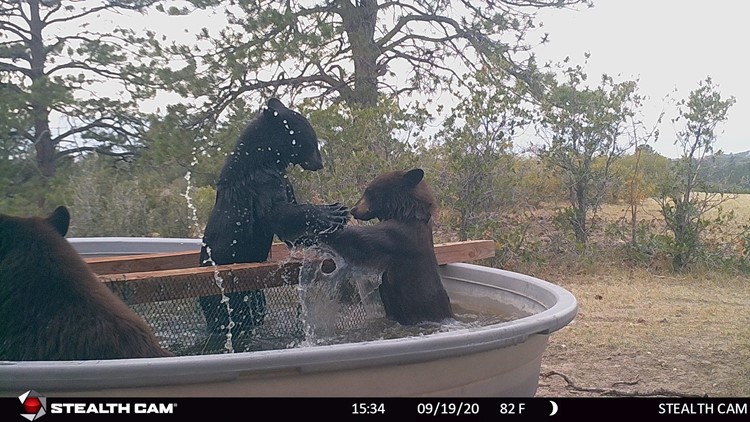 No reports of bear sightings have been reported but they are on the way.

VAIL, Colo. — Vail’s first bear report of 2020 came on April 20 last year. The animals seem to be sleeping in a bit this year.

As of Tuesday, no bear sightings had been reported in Vail. But those reports are coming.

>> Video above: Bear in Loveland, Colo. plays pinata with birdhouse

Brian Gadberry at the Vail Police Department said it may be a while before Vail’s first bear reports start to trickle in. But the animals are starting to stir in lower, warmer areas of Colorado.

“We’re starting to see them out and about,” Colorado Parks and Wildlife spokesperson Randy Hampton said.

In higher elevations, and places with more snow cover, Hampton said bears might wake up during a warm week, then head back to their dens until there’s more vegetation to eat.

Hampton said that when bears rouse in the spring, they mostly take water and grasses for several days while their digestive systems awaken. The animals have gone several months without eating or drinking, Hampton said. That means they need the ursine equivalent of a cup of coffee before tucking into breakfast.

Once those digestive systems kick into gear, bears are hungry, and looking for easy food sources. That’s why bears will go after garbage, bird feeders and pet food stored outdoors.

Given that much of Eagle County — particularly the higher elevations — is in bear habitat, people need to be bear aware.

Colorado Parks and Wildlife will tag and relocate a problem bear, but just once. If a relocated bear is caught again, wildlife officers will euthanize the animal. No one wants that.

While many bears are spotted at night, Hampton said bears aren’t naturally nocturnal.

Bears that roam at night are mostly in areas they share with humans. It’s easier to find food and avoid humans after dark, Hampton said.

Those who have lived in bear country for a while know how to keep bears away: Don’t put out trash until the morning of pickup day, take in bird feeders at night and don’t store pet food outdoors.

Colorado Parks and Wildlife works to educate people about living in bear country, and has online resources to help get the message across.

Like 2020, this year could be rough on bears if wild vegetation doesn’t produce enough food. That natural shortage will drive bears into neighborhoods, looking for an easy meal.

It’s up to us to keep them away; bears just want to eat.

U.S. health panel says kids can get within 3 feet of each other at summer camp – National