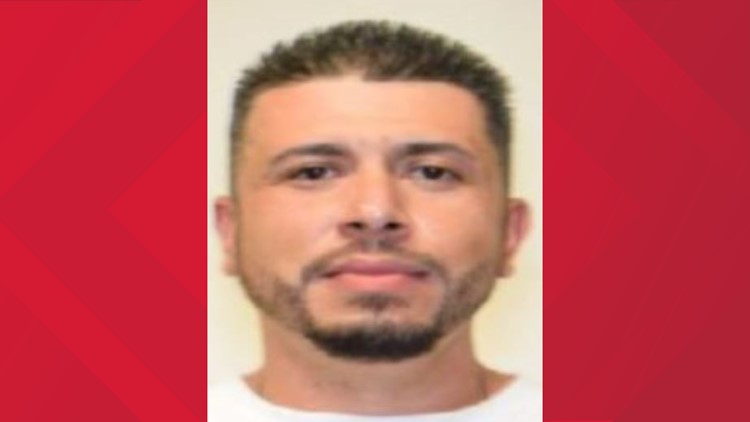 WESTMINSTER, Colo. — On Wednesday night, a SWAT team was attempting to negotiate the surrender of a man they say went ‘on a vast crime spree’ in Thornton Friday morning.

A Westminster SWAT team responded around 6 p.m. to reports that the suspect, Raymond Quintana, 36, was at the Edgewood Apartments in the 6900 block of Stuart Street.

Westminster and Thornton police departments have evacuated all surrounding apartments. All nearby residents have been asked to shelter in place, said WPD.

According to police Quintana is facing the following charges:

During the pursuit Friday morning, Thornton Police Department (TPD) said Quintana pointed a gun at two officers, who then fired shots at him. According to TPD, it is unknown whether the suspect fired at the officers or was hit by the gunfire.

Officers were first called at 8:27 a.m. Friday to a report of a possible burglary and felony menacing at an apartment complex in the area of 9700 Welby Road. A witness pointed out Quintana to the officers, TPD said.

Quintana pointed a gun at the officers, got into a vehicle that police believe belonged to him, and drove away, police said.

TPD said officers pursued the vehicle, which crashed into a fence near Colorado Boulevard and 115th Avenue. Officers attempted to take Quintana into custody. That was when he pointed a gun and officers fired at him, police said.

Quintana ran into the neighborhood, according to police. At one point, he ran through a house, entering through the back door and exiting through the front door, TPD said. He stole a gold Jeep Grand Cherokee, which police later recovered in the 10300 block of Tenby Lane, police said.

TPD issued a shelter-in-place order for the neighborhood, which has since been lifted. Two elementary schools nearby were placed on secure status, meaning no one was allowed inside or outside the building.

The secure status at the two schools was lifted, but Explore Elementary was placed on alert again more than an hour later out of an abundance of caution, TPD said.

The Adams County Critical Incident Team will investigate the officer-involved shooting, and the two officers involved will be placed on administrative leave, TPD said.