by admin3
in Lifestyle
0

A hard year for Hollywood translates to a savory moment for people who indulge in Oscars schadenfreude. To those skeptics, the prestige and relevance of the Academy Awards has been in decline for a long time. Maybe 2020 came to finish the job.

NBC Says It Won’t Air the Golden Globes in 2022

The Importance of Holding a Funeral–Even a Year Later

Theaters were the wrong kind of dark. Would-be blockbusters, including some likely awards contenders, were wiped from the calendar. And awards telecasts got cut off at the knees by Zoom-dependent productions and the indifference of pandemic-fatigued audiences, with the most recent Emmys, Golden Globes and Grammys playing to their smallest TV viewerships ever.

The question, this trend suggests, isn’t if April 25 will bring a new bottom to Oscars viewership, but just how low it will be for the Academy of Motion Picture Arts and Sciences and ABC, which has a deal to broadcast the ceremony through 2028.

And yet, the Oscars presents a big opportunity to script the ending of this memorable chapter for the movies. Loosening Covid restrictions allow for a live, in-person affair from Los Angeles, along with hubs in London, Paris and other cities where nominees will join via satellite feed. Plus, the industry’s punch-drunk status gives producers license to reboot some aspects of the ceremony.

“We are just trying to create an experience that has the aesthetics of a film, as opposed to a TV show,” says Steven Soderbergh, the innovative filmmaker (and “Contagion” director) who is producing the telecast with Jesse Collins and Stacey Sher.

Below, some answers to the question: What’s the point?

Even before Covid, things looked bad for the Oscars. 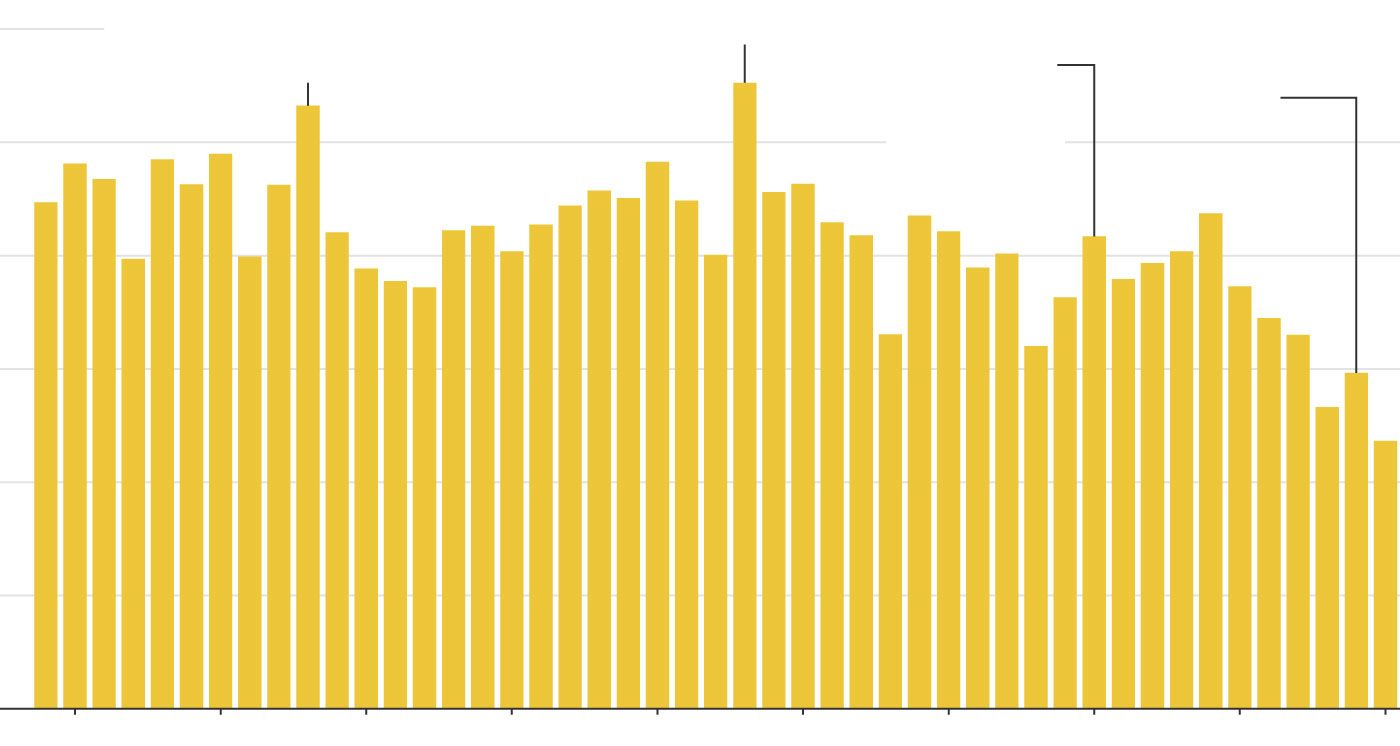 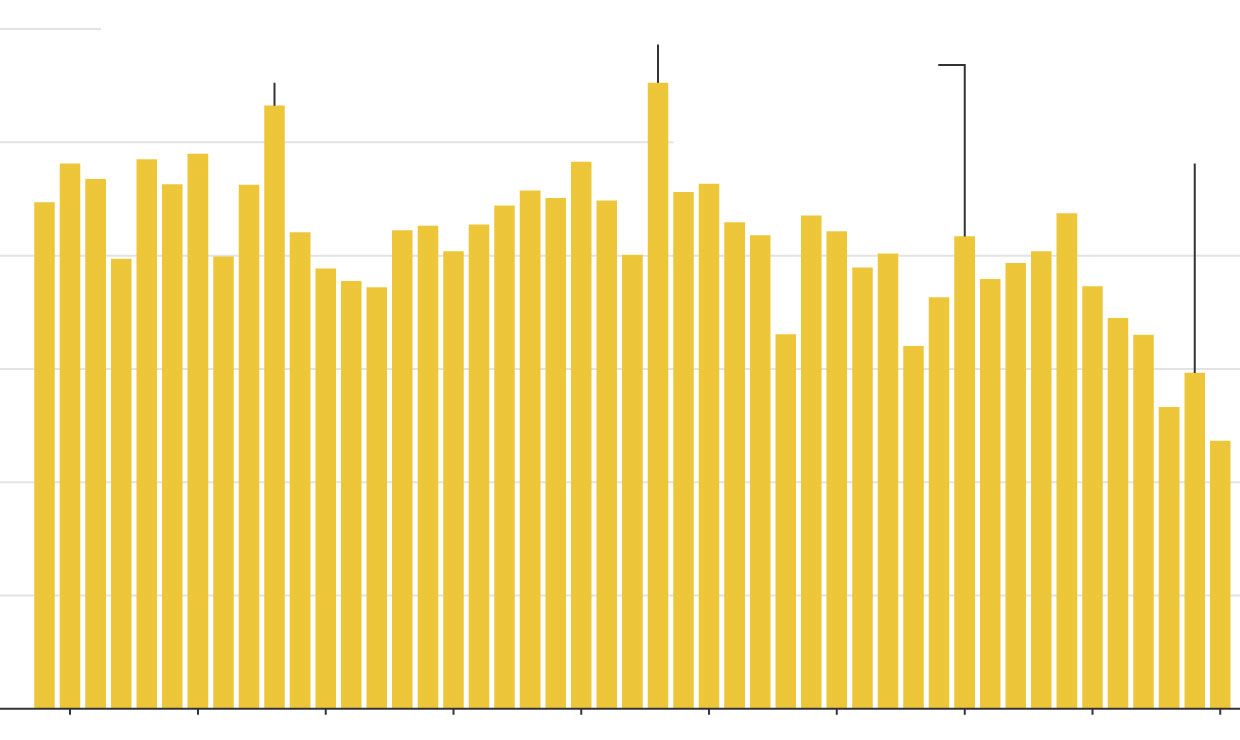 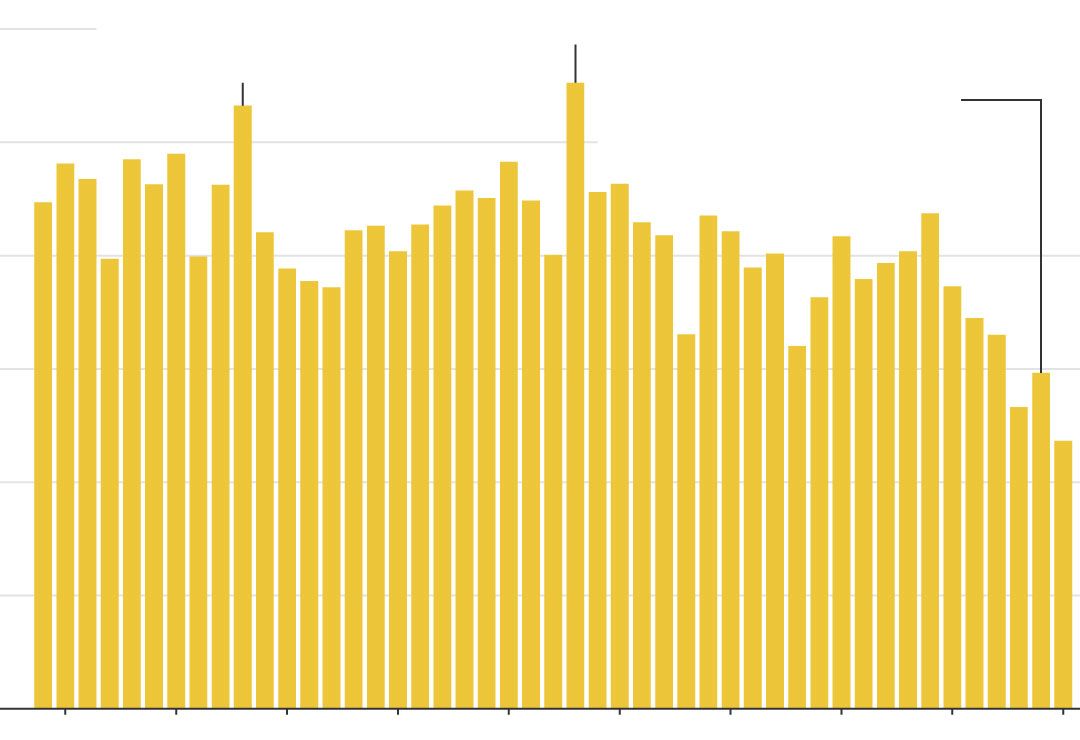 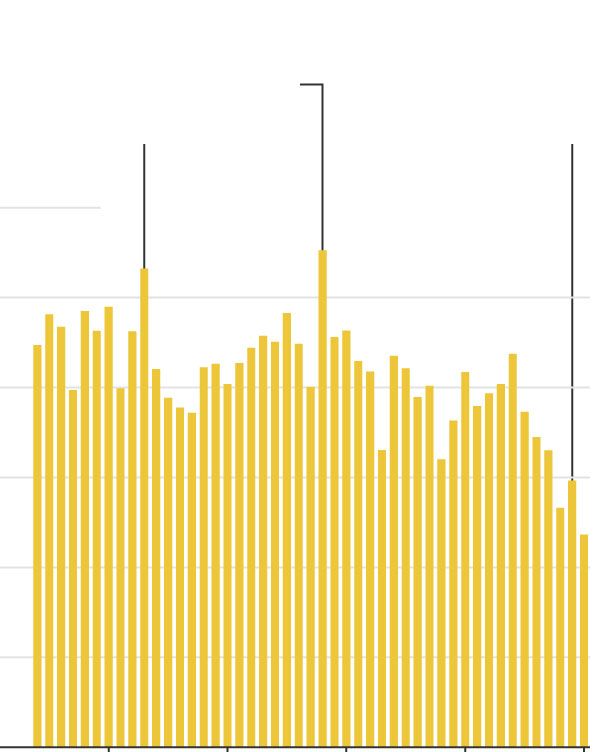 Some of the shrinkage can be blamed on the waning draw of another institution: linear broadcast television. It’s because of that erosion of traditional TV that the Academy Awards remain valuable, even in a diminished state. It’s an event telecast with a relatively big live audience that premium advertisers want to target.

Last year’s telecast (including the red carpet preshow) generated $145.4 million in advertising, up from $128 million in 2019, according to tracking firm Kantar. ABC is charging roughly the same amount for a 30-second ad as it did last year, about $2 million, according to a media buying firm. In other words, the Oscars are not getting canceled.

How can you hold the Oscars at all since barely any movies came out during the pandemic?

366. That is how many feature-length films were eligible for Oscars, more than in any year since 1970, the Academy says. But how is that possible for an industry kept on life support by drive-in theaters showing “Jurassic Park” and “Jaws” last summer?

To ensure a stocked Oscar pool, the Academy lengthened its eligibility period by two months, and allowed films that premiered exclusively on digital platforms—and not just theaters—to join the race.

That helped documentaries especially, which typically have a harder time getting into theaters. A record high 238 documentary features were eligible this year, making up 65% of the total.

Didn’t Hollywood hold all its best movies for later?

Some big-budget pictures have been delayed so many times that their existence seems almost mythical. By contrast, the movies now gunning for top Oscars had been in the pipeline for 2020 anyway, and can be described as long-in-the-works labors of love.

Consider “Sound of Metal,” about a musician plunged into crisis when he loses his hearing. Director Darius Marder chipped away at the project for more than a decade. Riz Ahmed, nominated for best actor in a leading role, trained in sign language and drumming for seven months before shooting began. His co-star, Paul Raci, a 73-year-old Vietnam War veteran, spent decades doing obscure and one-off acting jobs before landing the role that earned him a nomination for best supporting actor.

How many people have actually seen these movies?

The movies competing in top categories came out in theaters where they were open, but hardly any release lured people to the box office until recently. The highest-grossing nominee for best picture, “Promising Young Woman,” generated $6.3 million in U.S. ticket sales after its December release.

Because more people watched the nominees at home, it’s nearly impossible to compare their reach. Five of the eight best-picture nominees were on streaming platforms that guard their viewing data; the other three—“The Father,”“Minari” and “Promising Young Woman”—appeared on video-on-demand services, another black box for audience stats.

“Nomadland,” starring Frances McDormand as an itinerant worker living in her van, is the only one of these movies that appeared on Nielsen’s weekly ranking of most-streamed content. It’s a front-runner for best picture, and director

is on a winning streak for the ages, having swept major honors from the Golden Globes to the Directors Guild Awards.

The paradox: On-demand availability made the nominees easier to access, yet they were largely drowned out in the wash of competing content. The films’ narrow appeal was compounded by targeted marketing and, in some cases, the algorithms streaming sites use to recommend stuff to their subscribers, says Greg Durkin of the entertainment research firm Guts + Data.

In his company’s survey last weekend of 3,500 consumers ages 13 to 64, 35% hadn’t heard of any of the eight movies nominated for best picture. Of those films, Warner Bros.’ “Judas and the Black Messiah,” which opened on HBO Max and in theaters, had the highest awareness; 42% of participants knew of it, and 12% said they had watched it. On the low end, only 15% had heard of

“Mank” (the film with the most Oscar nominations this year) and 6% had seen it.

“These individual films are very notable for specific things, but as a crop, to me it epitomizes the fragmentation of the audience,” says Linda Ong, co-founder and CEO of Cultique, which advises entertainment and media clients on cultural matters, including the relevance of award shows.

Does this mean more awards accepted over Zoom?

No. To exert more control over the look and sound of the Oscars, producers are conducting it primarily at central locations, including L.A.’s Dolby Theatre and Union Station, having learned from the weird logistics of the ‘20/’21 award season. The Emmys sent minions in comical hazmat suits to nominees’ homes to hand trophies to winners, or wave goodbye to the losers. The Golden Globes was a smorgasbord of odd environments, awkward celebrity small talk across Zoom boxes, and technical glitches (Daniel Kaluuya on mute).

Pandemic awards weren’t without charms. Like cameos by pets and kids, including Lee Isaac Chung’s daughter, who squeezed the “Minari” filmmaker when he won best foreign language film at the Globes.

For the Oscars, other anomalies are in play. Voters haven’t been hobnobbing and comparing notes in person at sponsored screenings and luncheons. Awards veterans say that missing feedback loop mutes the buzz around nominees, making their odds of winning less predictable.

Who cares about what a handful of celebrities in New York and Los Angeles think?

As recently as 2001, roughly three-quarters of the Oscars’ voting body was based in California.

But the Academy has been broadening its ranks—both geographically and demographically. That effort has hit critical mass, says Walt Hickey, who analyzes Oscars data in a supplement to his newsletter Numlock News. “Based on my reckoning and based on the folks invited to join, this is the year when, finally, the new Academy is roughly equal in voting share to the old Academy,” he says.

The shift likely factored in the increased racial diversity among the nominees. Among them, the first best-picture nominee made by an all-Black production team (“Judas and the Black Messiah”) and the first Asian-American nominee for best actor (Steven Yeun in “Minari”).

The film body is also growing its international footprint. About half of people invited to join the Academy in 2020 were from outside the U.S., and represented 68 countries. Sunday’s show will air in more than 200 territories.

Will there be an asterisk next to this year in the Oscars history book?

The Academy Awards has weathered plenty of criticism and drama in its nine-plus decades. The ceremony was postponed in 1938 amid flooding in Los Angeles; in 1968 after the assassination of

“But none of these things impacted the movies themselves, or which movies were eligible, or the timeline of eligibility. There’s never been a disruption like this one,” says awards statistician and “Oscarmetrics” author Ben Zauzmer.

It’s impossible to say how this year’s lineup would look if some big movies had come out in 2020 as planned, including musicals “West Side Story” and “In the Heights.”

“Opportunity is not a zero-sum game. The decisions by major studios to leave some tentpoles on the bench is not going to undermine the victory or defeat of a film at the Academy Awards,” Mr. Hickey says. “An Oscar is an Oscar.”

Write to John Jurgensen at john.jurgensen@wsj.com

How has the pandemic changed the way you watch movies? Have you been able to see this year’s Oscar nominees? Join the conversation below.

Forum: Not business as usual and all must play a part, Forum News & Top Stories

Partner Keeping You Awake? Here’s How to Fix That