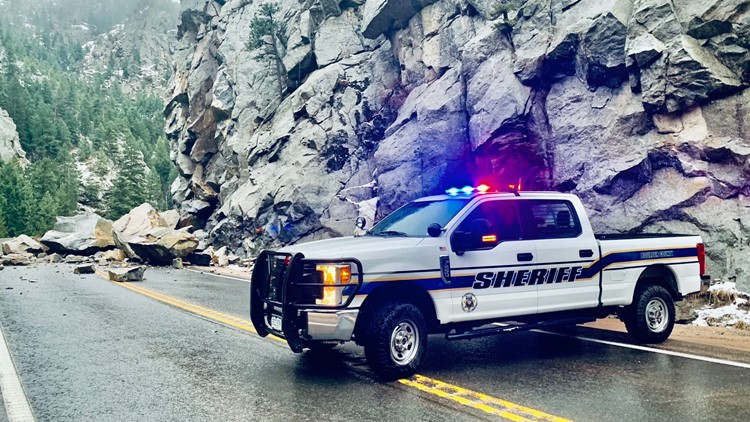 The canyon is closed from the base in Boulder to the top of the canyon in Nederland.

BOULDER, Colo. — On Tuesday night Boulder County Sheriff (BCSO) announced Boulder Canyon was closed from the base in Boulder to the top of the canyon in Nederland due to a large rockslide near mile marker 32.

The slide happened during heavy rain and snow in the area referred to as the “Narrows” and is not in the project area where the Colorado Department of Transportation (CDOT) has been doing permanent repair work from the 2013 flood. No people were injured and no cars were reportedly damaged.

According to BCSO, this will be a prolonged closure due to the amount and size of the debris on the road that needs to be cleared.

Deputies are asking drivers to plan on using alternative routes well into the day Wednesday.

The northern detour is CO 72 to Lefthand Canyon Drive and CO 72 south is the southern detour for the area.

Specialized rock teams will be brought in to clear the road, but it is expected the closure will be in place well into Wednesday.

RELATED: Largest firefighting plane may be sold for COVID-19 response