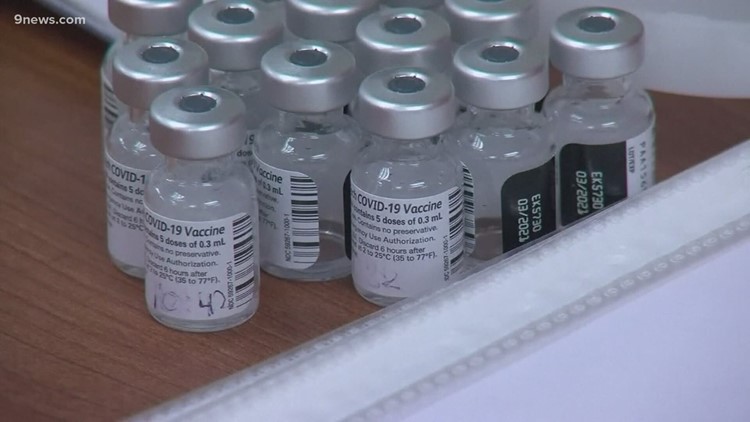 9Health Expert Dr. Payal Kohli said it is entirely expected to have more symptoms after the second dose.

COLORADO, USA — Just over three weeks ago, Colorado opened COVID-19 vaccine appointments to everyone over the age of 16. That means right now many residents are preparing to receive their second shot.

“It is entirely expected to have more symptoms after the second dose,” said 9Health Expert Dr. Payal Kohli.

Dr. Kohli explained the second dose boosts the immune systems, meaning people could feel under the weather for a couple of days. She said that comes from the immune activation and not from someone getting infected with the virus.

“As the immune system activates, you can have symptoms like feeling achy, muscle aches, feeling fatigued, having a fever,” she said.

She does not want the possibility of symptoms to discourage anyone from getting a second shot. Dr. Kohli said 3 to 4 percent of people in clinical trials had severe symptoms.

Before going in for a second appointment, she recommended good sleep, hydration and no alcohol for at least a few days.


On Thursday, April 29, Centura Health is offering 2,500 appointments for the second dose Moderna vaccine at Dick’s Sporting Goods Park. The corporation said this “orphan” dose is in high demand for patients who received their first dose of Moderna vaccine from other providers but are in need of an appointment to receive their second shot.

“After just one dose we know you have reasonably good protection, 80 percent according to real-world data. What we don’t know, however, is the duration of that protection,” said Dr. Kohli.

That is why she said it is critical for people to not skip the second dose.

“We know after that second dose those antibodies last for at least 6 months, possibly longer,” she said.

According to Dr. Kohli, medical experts advise against taking Tylenol before getting a second dose vaccine. She said people can take it after the appointment if they start to feel sick.