Police said the suspected shooter took his own life and there is no further threat to the community.

INDIANAPOLIS — Indianapolis Metropolitan Police Department said they responded to an active shooter incident after 11 p.m. Thursday night at the FedEx Ground facility at 8951 Mirabel Rd. just south of I-70 near Ameriplex Parkway and across the interstate from the Indianapolis International Airport.

Police said eight people were killed in the mass shooting and five victims with gunshot wounds were transported to several area hospitals for treatment. Two other victims were treated by medics at the scene and released.


A witness told 13News he was working inside the FedEx building when he heard gunshots. 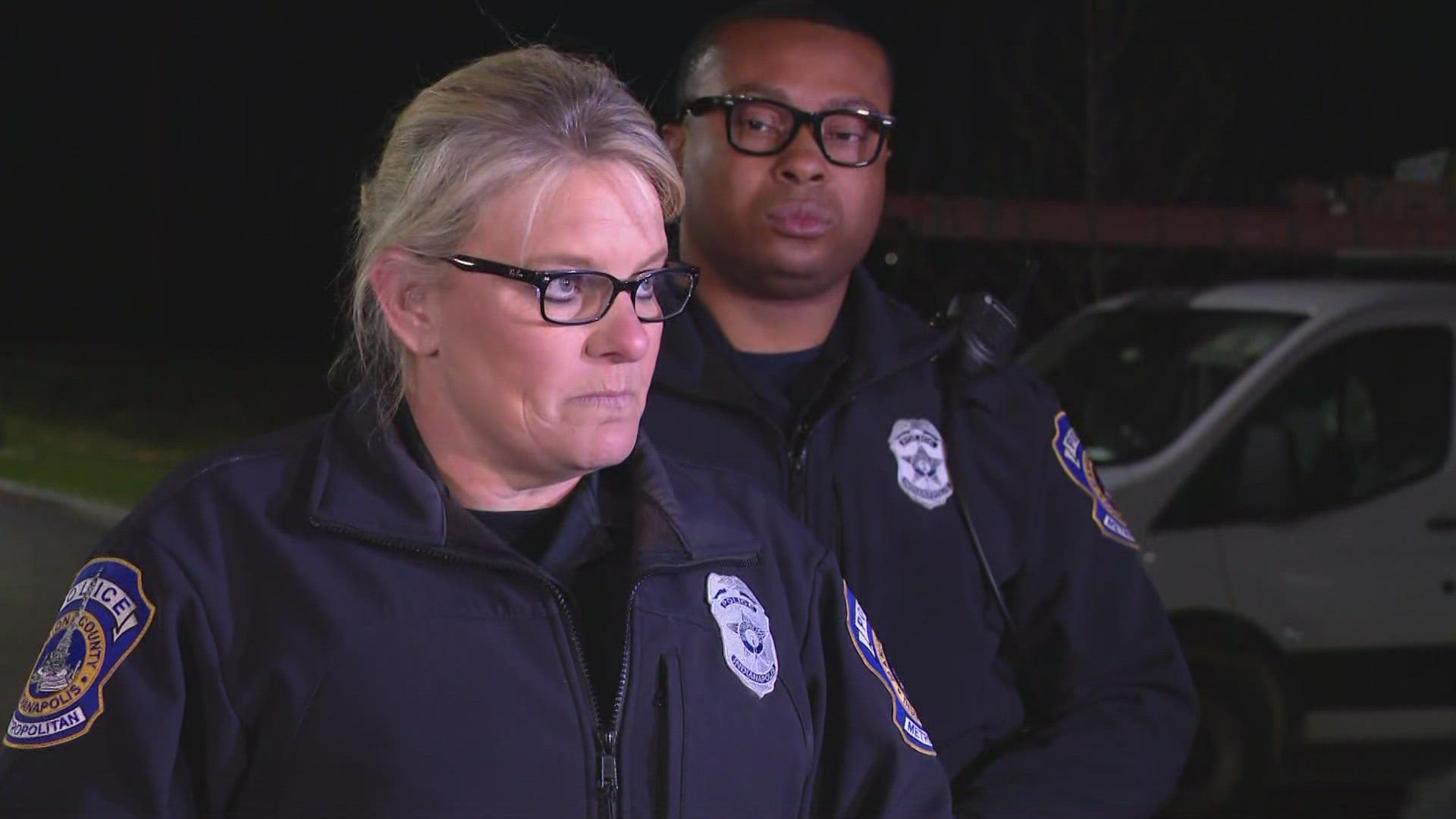 “I’m at a bench and so I stand up and take a look at the entrance door and by the time I see the door, I see a man come out with a rifle in his hand and he starts firing and he starts yellin’ stuff that I could not understand,” Levi Miller told 13News. “What I ended up doing was ducking down to make sure he did not see me because I thought he would see me and he would shoot me.”

Police said the suspected shooter took his own life and there is no further threat to the community.

If you have family members who were working at the facility and have not been able to contact them, IMPD asked that you report to the Holiday Inn Express at 8555 Stansted Rd.

Police chaplains will be available at the hotel to assist families and offer support.

Family members of FedEx workers started arriving at the Holiday Inn and told 13News getting in touch with loved ones was difficult since there is a policy against workers carrying phones during their shift.

Family members arriving to nearby Holiday Inn after shooting at Fed-Ex facility. Frustration as they say they haven’t been able to reach family working inside. Say there is a policy barring workers carrying phones on shift @WTHRcom pic.twitter.com/78Nr9QDT8h

At the Holiday Inn, 13News talked to the family of one FedEx worker who said she was shot while in her car in the parking lot.

Vehicle of FedEx employee. Family tells me she drove across the street after her car was shot into in the parking lot. She was hit and transported to hospital @WTHRcom pic.twitter.com/HQOqyY9XzJ

At the Holiday Inn, families consoled each other as they waited for news about their loved ones. IMPD chaplains stood by to provide support. 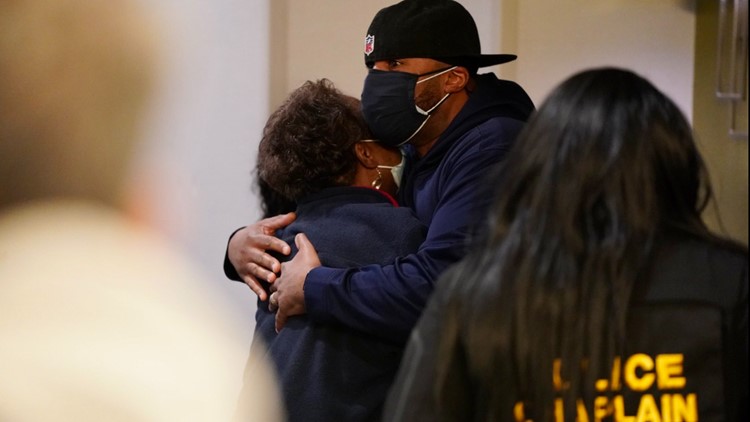 FedEx released a statement about the shooting:

“We are aware of the tragic shooting at our FedEx Ground facility near the Indianapolis airport. Safety is our top priority, and our thoughts are with all those who are affected. We are working to gather more information and are cooperating with investigating authorities.”

“This morning, Indianapolis residents are confronted with the horrific news of yet another mass shooting, an act of violence that senselessly claimed the lives of eight of our neighbors. As law enforcement works to learn more about this tragedy, our prayers are with the families of those whose lives were cut short.

Thank you to all of our city’s first responders for their tireless work overnight. Their quick response provided critical aid to those injured in the shooting and brought a measure of calm to an otherwise chaotic scene.”

This morning, Indianapolis residents are confronted with the horrific news of yet another mass shooting, an act of violence that senselessly claimed the lives of eight of our neighbors.

Representative André Carson shared his thoughts on the shooting:

“I am heartbroken by the mass shooting at the FedEx facility here in Indianapolis and praying for all affected by this tragedy. I am communicating with local authorities to get all details of the attack and my office stands ready to help everyone affected any way we can.”

“Maureen and I just learned of the tragedy in Indianapolis when we woke up. Our hearts are mourning for the individuals who’ve senselessly lost their lives, all of their loved ones, and their co-workers at FedEx who will be dealing with this tragedy for a long time to come.

“Thank you to the members of law enforcement who put their lives on the line and responded heroically to this situation.”

Sen. Todd Young made the following statement on Twitter:

“The shooting at FedEx was a senseless tragedy. Indiana and the nation mourn for the lives lost and forever changed last night.”

Indiana State Police shut down I-70 near the airport but it has since been reopened.

The FBI said it is now assisting with the investigation.

13News will continue to update this developing story.