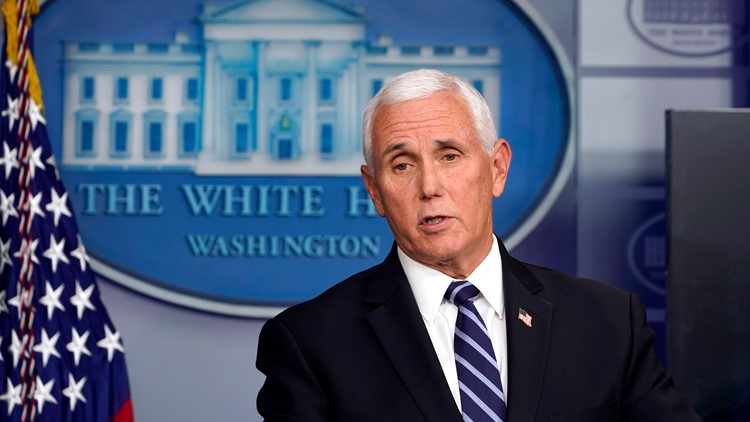 The former vice president had experienced symptoms related to a slow heart rate and underwent surgery Wednesday to implant the pacemaker.

Former Vice President Mike Pence had a pacemaker implanted earlier this week, according to a statement from his office.

Pence’s office said Thursday the former vice president had experienced symptoms related to a slow heart rate. He received surgery in Falls Church, Virginia Wednesday to implant the pacemaker, a small device installed underneath the skin to help control heartbeat.

His office said Pence is expected to make a full recovery “and return to normal activity in the coming days.”

“I am grateful for the swift professionalism and care of the outstanding doctors, nurses and staff at Inova Heart and Vascular Institute,” Pence said in a statement. “My family as been truly blessed by the work of these dedicated healthcare professionals.”

Pence had previously disclosed a diagnosis of asymptomatic left bundle branch block when he was nominated to become the Republican vice presidential candidate in 2016.

Since leaving office in January, Pence and his wife Karen have largely kept a low profile. Earlier this month, Pence launched a new advocacy group called Advancing American Freedom, which will aim to promote the Trump administration’s achievements and work as a counterpoint to the Biden agenda. It could also serve as a springboard for his own potential presidential campaign in 2024.

Pence also has an untitled autobiography book deal with Simon & Schuster scheduled for release in 2023.

“I am grateful to have the opportunity to tell the story of my life in public service to the American people, from serving in Congress, to the Indiana Governor’s office and as Vice President of the United States,” Pence said in a statement earlier this month.

A Pence memoir will likely be subject to similar tensions the former vice president has faced since he refused then-President Donald Trump’s demands that he help overturn the election results.

Tickets for Garth Brooks at Cheyenne Frontier Days are sold out