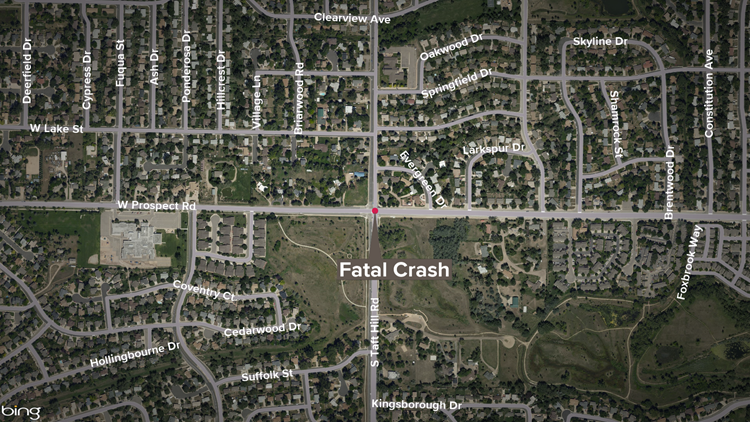 The motorcycle rider was killed after crashing with a car Sunday night near Prospect Road and Taft Hill Road.

At about 8:28 p.m., a man riding a 2005 Honda CBR600RR was traveling northbound on Taft Hill Road when he collided with a 2020 Honda Civic that was turning left onto Prospect Road from southbound South Taft Hill Road, police said.

>Video above is from a 2019 9NEWS story about Colorado Motorcyclist Awareness Day, a memorial for 103 motorcyclists who lost their lives on Colorado roads in 2018.

The motorcycle rider, a man, was declared deceased at the scene, police said in a release. The man’s identity will be released by the Larimer County Coroner’s office following the notification of next of kin, police said.

The Fort Collins Police Collision Reconstruction and Scene Handling Team (CRASH) was brought in to takeover the investigation, according to police.

“As more motorcyclists return to our roadways, we encourage them to be cognizant of other vehicle traffic, and to utilize all safety equipment available to them,” said Sergeant Sara Lynd who oversees the Fort Collins Police CRASH team.

Police said the intersection of West Prospect Road and South Taft Hill Road was closed for about five hours as investigators processed the scene. Police are trying to determine if speed was a factor in the crash.

Anyone with information who has not already spoken to police is asked to call Officer Ken Koski at (970) 416 2229.