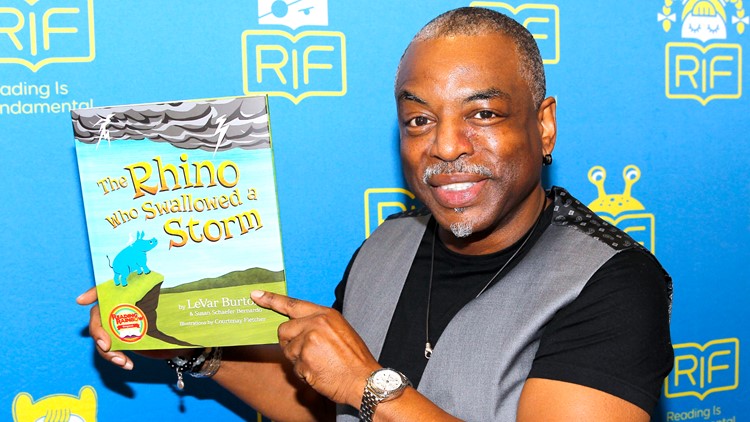 ST. PETERSBURG, Fla. — “Jeopardy!” fans on the internet have been saying this for a while now: Let LeVar Burton host the show! Heck, make him the permanent host, they say!

Everyone’s wishes are (partially) about to come true. The former host of “Reading Rainbow” is among the final batch of guest hosts to close out season 37 of the popular quiz show, according to a news release.

Burton, best known for children’s programming and known in acting roles for “Roots” and “Star Trek: The Next Generation,” recently told the USA Today he’s “really, really, really” serious about being the replacement for beloved host Alex Trebek.

“This is something that I really think is a good idea,” Burton said, appearing on a recent episode of USA Today’s “The Mothership” podcast, according to the outlet. “I think it’s a good fit of what the show is, what the show requires and what I feel like I bring to the table.”

He said he wants to do “justice to the legacy of Alex.”

Before a new, permanent host is announced, Burton will join others in closing out the show’s final season for a one-week period. Up next include “Good Morning America” anchors George Stephanopoulos and Robin Roberts, author and CNBC host David Faber and Fox sportscaster Joe Buck.

We can finally tell you! Here is the final group of guest hosts to close out Season 37:

“Our goal has been to present a wide variety of guest hosts with different skill sets and backgrounds on our path to finding a permanent host,” “Jeopardy!” executive producer Mike Richards said in a statement. “Our passionate fans are telling us what they like, and we are listening.

“All of the guest hosts have brought individualism, energy and an authentic love of our show to each of their episodes. We look forward to sharing the rest of the season with our viewers.”

The U.S. Cities Where Airlines See the Most Growth