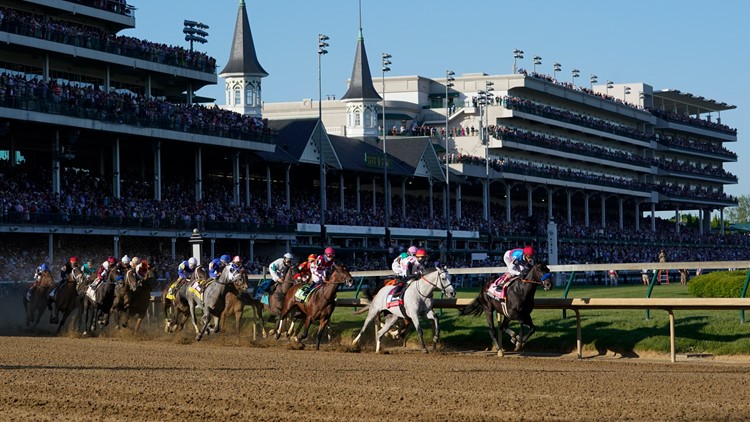 The win gives Hall of Fame trainer Bob Baffert a record seventh victory in the premier race for 3-year-olds.

Medina Spirit has won the 147th Kentucky Derby by a half-length over Mandaloun, giving Hall of Fame trainer Bob Baffert a record seventh victory in the premier race for 3-year-olds.

The bay colt led the $3 million race from start to finish after going off at 12-1 odds from the No. 8 post.

Medina Spirit held strong to the wire for his second career victory, a strong rebound from his runner-up finish to Rock Your World in the Santa Anita Derby.

What are the post positions for the 2021 Kentucky Derby?

Post positions were announced on April 27. The favorite, Essential Quality, was trained by Brad Cox, who is a Louisville, Kentucky native. Essential Quality currently draws the No. 14 position.

See more on Essential Quality and other positions on NBC Sports.

What will the winner of the Kentucky Derby receive?

In addition to a blanket of hundreds of red roses, the winner for the day will receive the Kentucky Derby Trophy and will be given an honors spot in the Winner’s Circle. This year, the Derby purse has reached $3 million. That means the winner will take home over 60% of that amount, which is about $1.86 million, according to CNBC.

How many races are there on Derby day?

What is the weather at Churchill Downs expected to be like for the Kentucky Derby?

According to local forecasts, skies are expected to be pretty clear with highs in the low to mid 70s in the afternoon.

GameStop CEO George Sherman to Step Down by July 31