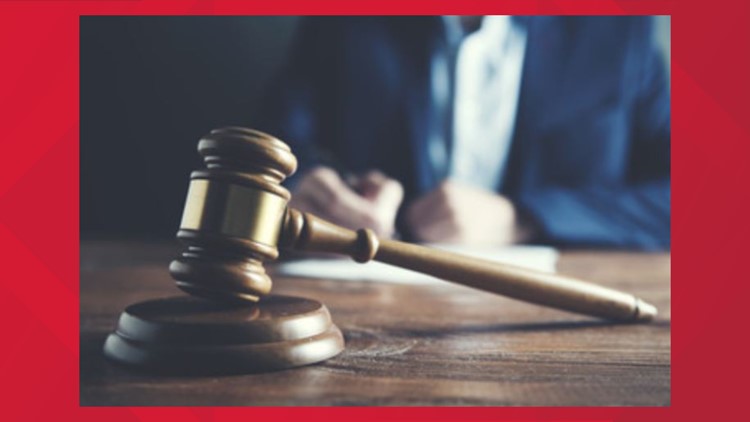 John Swenson, 25, was convicted Thursday of the 2019 murder of 75-year-old Linda Shomberg.

BRIGHTON, Colo. — An Adams County jury has found a man guilty of first-degree murder for killing his own grandmother in her senior living home apartment.

According to a release from the 17th Judicial District Attorney’s Office, 25-year-old John Swenson was convicted Thursday of the murder of 75-year-old Linda Shomberg after a four-day trial.

Prosecutors said on Dec. 9, 2019, Westminster police were called to an apartment at a senior housing center on 68th Avenue when Shomberg’s daughter called to report that she was concerned because she hadn’t been able to reach her mother for several days.

The release said when officers arrived at the apartment, they found Shomberg lying on the floor. She was bleeding from her head and was unresponsive, according to the release, and later died at a hospital.

Prosecutors said Shomberg had suffered severe injuries to her face, skull and brain as a result of significant blunt force trauma.

Swenson had been staying with Shomberg after being forced to leave a halfway house, the release said. Shomberg’s neighbors reported to police that three days before her body was discovered, they had continuously heard loud, pounding noises coming from her apartment, according to prosecutors.

Some of the neighbors reported that the sound went on anywhere from three to seven minutes, according to the release. Investigators later learned that Swenson had brutally battered his grandmother because of her “expressed displeasure in his life choices,” prosecutors said.

The medical examiner concluded that Shomberg suffered a stroke and that the assault and blunt-force trauma to her head contributed to her death, the release said.

“This brutal crime shocks the conscience,” District Attorney Brian Mason said.  “The defendant’s brutality against his own grandmother was truly unspeakable.  I appreciate the jury returning a just verdict in this case.”

Swenson is scheduled to be sentenced on May 10.

No, Biden Is Not Coming After Americans’ Burgers | Voice of America