How to tell if a puppy rescue is legitimate 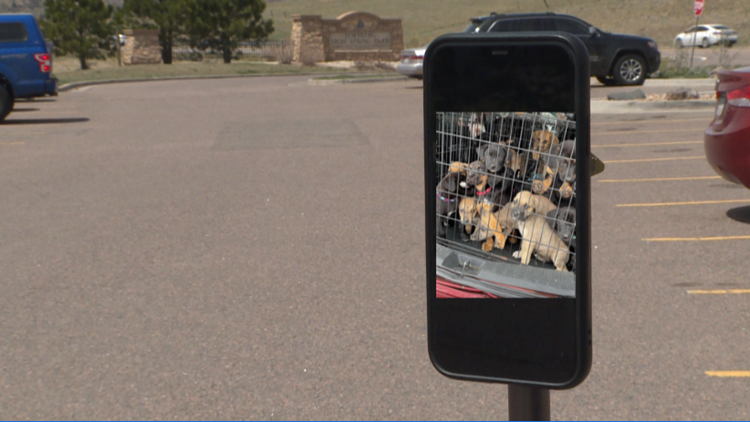 Jamie Terry rescues dogs with a legitimate organization and said illegitimate sales in parks and on the side of the road are happening around the state.

DENVER — As the weather warms up, one local dog rescuer said people should be wary of impromptu “dog adoption stands” that have been popping up around the state over the past few years.

“The risk is that you could either infect another animal in your home or you can infect neighbors’ other dogs,” Terry said.

She said people have been coming from out of state to set up in parks and other frequented areas to sell puppies illegally.

“There’s been a lot of pop-up shops that are hitting all over town from Boulder to Cherry Creek to Castle Rock,” Terry said. “They’re setting up stands on the side of the road, puppy pens. They’ve got banners and it just says ‘Rescue Puppies’. People get excited.”

For a new puppy with Parvo, Terry said it can cost the pet owner up to $5,000 in medical expenses.

“They’re bringing puppies in every weekend,” Terry said. “They’re gone and then they bring more in. They’re gone.”

Terry said one big issue is the law. She said the penalties are too weak for people selling puppies illegally. While they may have to pay a fine if caught, it doesn’t compare to their profits, according to Terry.

“They’re being adopted on the side of the road for anywhere from $300-$600 apiece,” Terry said. “Colorado is such a dog-friendly state as it is that I feel that they took advantage of that in a sense.”

In Colorado, the Department of Agriculture has set up a program called PACFA, standing for Pets Animal Care Facilities Act. On the PACFA, webpage, people can find information on rescue organizations that are allowed to adopt out puppies. It lists their history and licensing details. People can also file a complaint if they suspect an illegal adoption setup.

The Department of Agriculture released this statement Monday afternoon:

“The Pet Animal Care Facilities Act (PACFA) Program is a licensing and inspection program dedicated to protecting the health and well-being of pet animals in pet care facilities throughout Colorado.

Any person or firm looking to sell puppies directly to the public is required to register as a business entity with the Colorado Secretary of State and be licensed by PACFA as a retail pet animal dealership. Upon application, a pre-license inspection is required and must be passed before a license is issued.

You can learn more about the PACFA program here: https://ag.colorado.gov/ics/pacfa. To submit a complaint about anyone conducting unlicensed activity click on File a Complaint.”

Should children be vaccinated to slow the spread of Covid-19?, Opinion News & Top Stories