Here’s what the Broncos will do with No. 9 overall draft pick 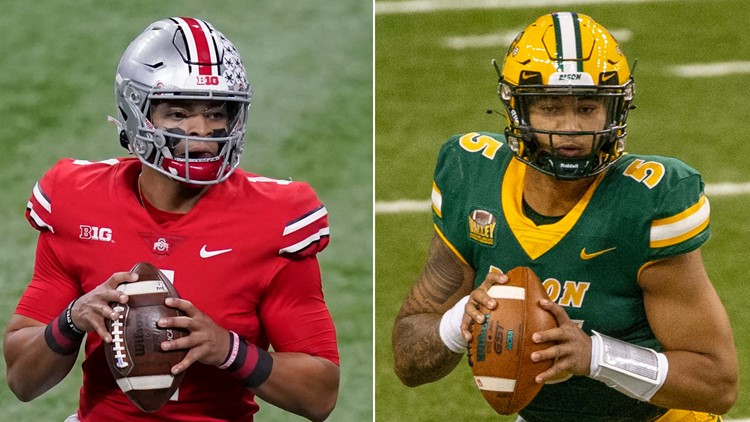 CLEVELAND — All the scouting reports have been read, analyzed, discussed, torn apart and hyped up.

And now they have been stored.

For the most part, the work is done. All the preparation for the 2021 NFL Draft is finished except for the final-minute overpreparation. New Denver Broncos general manager George Paton has rewarded his scouting staff’s hard work – for the past two weeks, draft meetings started at 7 a.m. and finished close to 9 p.m. – with a golf outing scheduled for Wednesday afternoon, weather be darned.

Paton will stay behind to work the phones. John Elway, who was in Paton’s position the previous 10 years, will be in the office to serve as a sounding board.

Paton will make the pick.

The Broncos will enter the first round of the draft Thursday evening with the No. 9 overall draft selection. This week marks the 405th anniversary of Shakespeare’s passing, worth noting for Broncos Country that wonders, “QB or not QB? That is the question.”

RELATED: The ultimate NFL mock draft for 2021: Who will your team pick?

With quarterbacks Trevor Lawrence assured of going No. 1 to Jacksonville and Zach Wilson No. 2 to the New York Jets, and with the expectation Mac Jones or Trey Lance will go No. 3 to San Francisco, the Broncos would likely be looking at Justin Fields or Mac Jones/Lance as quarterback possibilities with their No. 9 pick – providing those quarterbacks are not selected somewhere picks No. 4 (Atlanta) and No. 8 (Carolina).

Besides Atlanta and Carolina, QB-needy teams that might be willing to trade up ahead of the Broncos include New England (No. 15), Washington (No. 19) and Chicago (No. 20).

Fields played a big-time schedule of opponents during his two seasons at Ohio State. He is a good thrower and has the physical strength and quickness to hold up in, or escape from, the pocket. He was not quite as dominant this past shortened season as a junior (22 TDs, 6 INTs in 8 games) as he was during his sophomore season (41 TDs, 3 INTs in 14 games).

It was recently revealed Fields was diagnosed as a child with epilepsy but proper medication has prevented seizures and he seems to have lived with his condition without complications. Still, it’s there in his scouting report.

Jones would be considered nearly pro ready as his ability to quickly process where to put the ball would make him the QB who would best fit the Broncos’ pro-style offensive system. Then again, while Jones throws well, there is concern about how well he could throw on the run — and the rollout pass is a big part of offensive coordinator Pat Shurmur’s system.

Lance is a freak athlete – big, fast, strong and with a strong arm – who may have superstar upside, but is also considered a raw prospect who would likely need to spend his rookie season observing and absorbing. He played for smaller-college football factory North Dakota State. He, too, dominated two years ago (28 TDs, 0 INTs, 1,100 rushing yards), but played in just one game last year.

Fields could eventually push Broncos incumbent starting quarterback Drew Lock in 2021; Lance would mean Lock would be the clear favorite to remain the No. 1 quarterback this season.

If Paton does not trade up for a QB or doesn’t wind up with one by the time his No. 9 pick is on the clock, non-quarterback players he figures to consider are inside linebacker Micah Parsons, cornerback Patrick Surtain II, and offensive tackles Penei Sewell and Rashawn Slater. Trading back from No. 9 would bring other players into play like cornerback Jaycee Horn, pass rushers Jaelan Phillips and Kwity Paye, and running back Travis Etienne.

A trade back into the latter part of the first round for, say, quarterback Kyle Trask may also be possible if the Broncos don’t wind up with a QB at No. 9.

The second worst? Ted Gregory, who was a first-round selection, No. 26 overall, in 1988. Gregory was a superb nose guard for the 1987 Syracuse Orangemen who finished with an 11-0-1 record and No. 4 national ranking. But he suffered a knee injury late in that season and he injured it again during his rookie training camp with the Broncos. Gregory was also much shorter than the Broncos thought he was – not 6-foot-1 as listed, but closer to 5-10.

He never played a game for the Broncos as he was traded before the season to New Orleans. He sacked Broncos’ quarterback John Elway in his third game, but he later blew out his knee in that game and Gregory never played again.

The second best? Von Miller. He was Elway’s first-ever draft pick in 2011 when Miller went No. 2 overall. To those who say anyone could have picked Miller with the No. 2 overall pick, at the time it was thought a strongside linebacker should not go that high following the recent bust of Seattle’s Aaron Curry, who went No. 4 overall in 2009. And defensive tackle Marcell Dareus, who went No. 3 to Buffalo, and cornerback Patrick Peterson, who went No. 5 to Arizona, would have been safer No. 2 picks.

But it was Miller who wound up as NFL Defensive Rookie of the Year and later became a Super Bowl 50 MVP with his dominance over Carolina quarterback Cam Newton, the only player picked ahead of him in the 2011 draft.

How You Can Afford to Hire Your Dream Interior Designer