Former Minneapolis officer Derek Chauvin was found guilty Tuesday of all three charges in the May 2020 death of George Floyd.

DENVER — Local and state leaders in Colorado reacted on Tuesday afternoon after a former Minneapolis police officer was found guilty of all three counts that he was charged with in the death of George Floyd.

Floyd was killed on May 25, 2020. An ensuing video of the 46-year-old Black man saying he couldn’t breathe while then-Officer Derek Chauvin knelt on his neck sparked protests for racial justice around the world and renewed conversations about bias and policing. 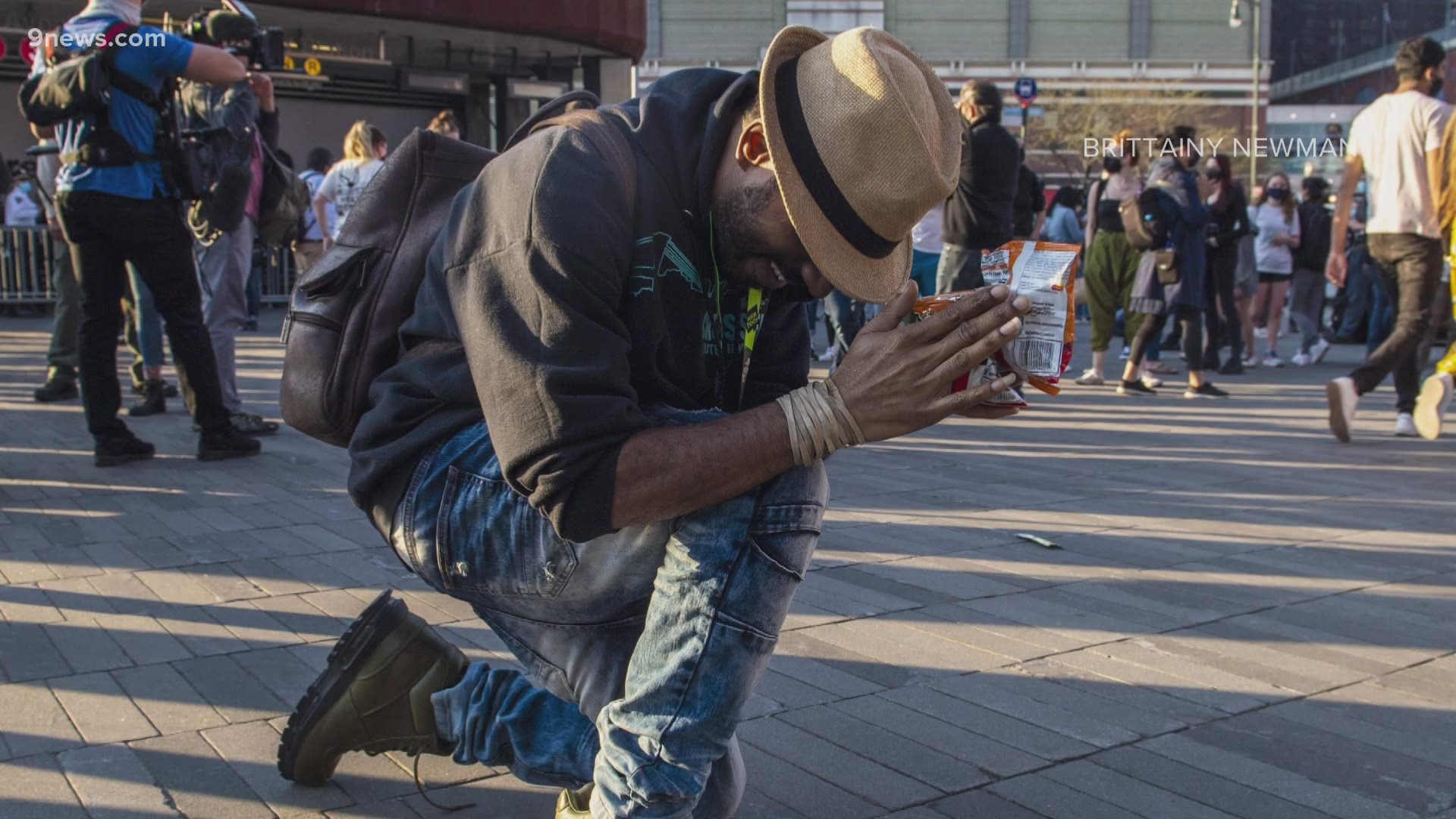 Chauvin will be sentenced eight weeks from now and was escorted from the courtroom in handcuffs after the verdict was read.

After the judge announced the jury’s decision, members of the Colorado Black Caucus joined hands in prayer before addressing the media.

.@TonyExum leads members of the Black Caucus in prayer ahead of a press conference following the guilty verdict in the trial of Derek Chauvin. #COLeg #COPolitics pic.twitter.com/3YaWDfJaRH

Here are statements and social media reactions from Colorado leaders in wake of the guilty verdict. We will be adding more statements as they are received. 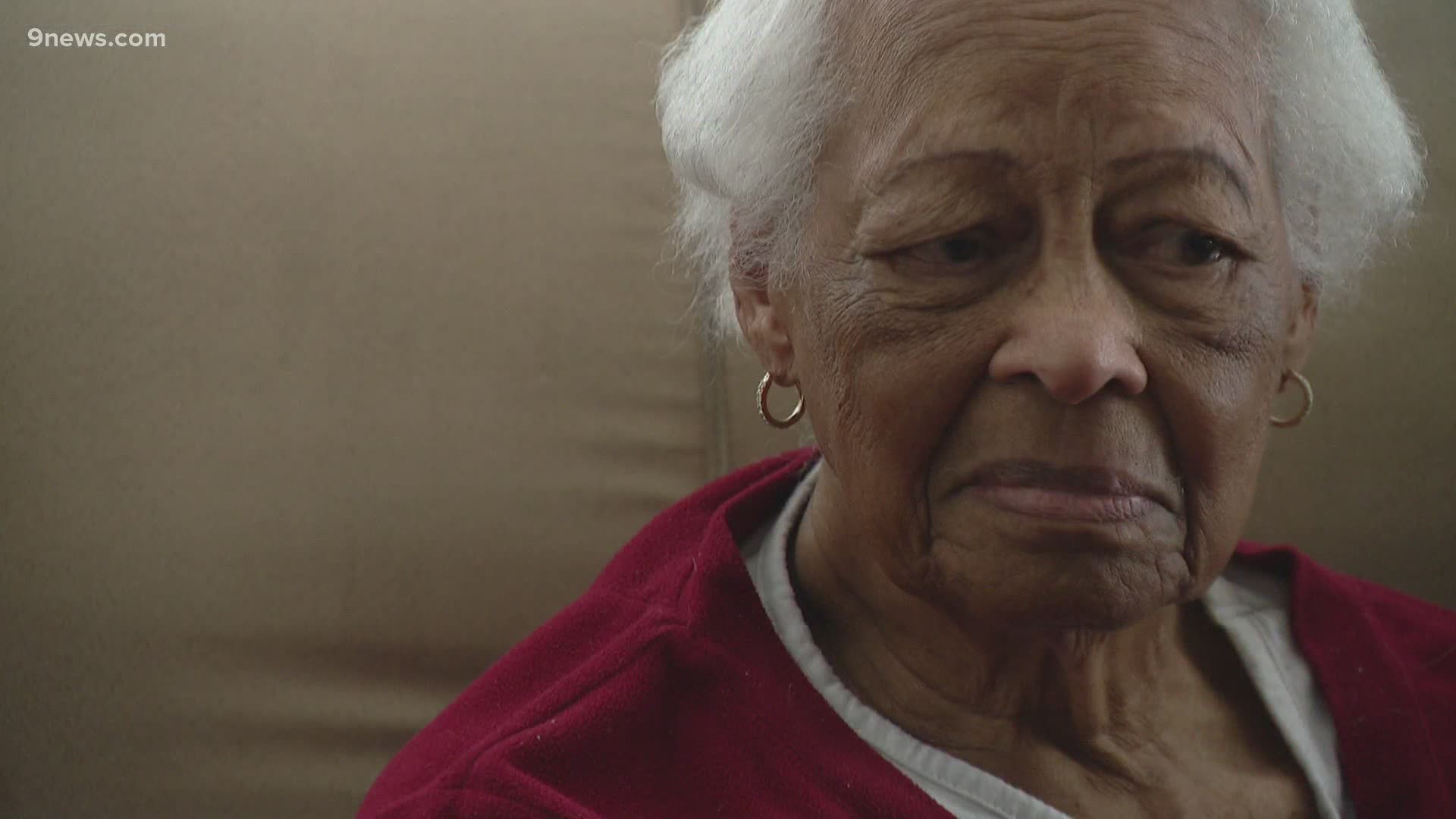 “What happened to George Floyd should never happen to anyone in this country ever again. Based on the evidence presented at trial, I believe the jury made the right decision in this case. While today’s verdict is a much-needed win in our battle for justice, there is still so much more work that needs to be done to end the violence that too many Black Americans have experienced at the hands of our police.

“Today’s decision should send a clear message to all those who swear to protect and serve our communities that no one in this country is above the law. My hope is that today’s verdict will be a turning point in our nation’s history and helps bring us together to enact the changes that our country so desperately needs.”

“I join the Floyd family and their loved ones in celebrating this verdict, but I know that no verdict can bring back their precious brother, father, and friend. Accountability is no substitution for his life, and real justice would be George Floyd being alive today.

“Our communities hurt for George Floyd, Daunte Wright, Elijah McClain, Breonna Taylor, and so many other Black men and women who’ve had their lives cut short as a result of a racist system.

“This pain is bigger than one trial in Minneapolis can heal. We must tackle the systemic racism that is embedded in our criminal justice system, our government, and every facet of our society head-on.”

I can’t even tell you how I feel at this moment as a Black man in America.

“Today’s verdict was clear. While we welcome this verdict, let’s remember that no sentence will ever bring George Floyd back to his family. No sentence can erase the trauma that his family has endured.

“Black Americans deserve a world in which their lives aren’t threatened by the very people sworn to protect them. We must reform a broken system that continues to allow these tragedies to happen.”

“Today’s verdict in the George Floyd murder case represents our justice system working effectively with a jury considering the evidence and performing its duty. But it is not the end. We must continue each day to pursue justice for all and build trust between communities and law enforcement.

“While nothing can bring George Floyd back to his family, today’s verdict shows that we can hold bad actors accountable when they violate the law, move forward together as a nation, and deliver justice for all.

“Today is a somber day. This is not an end, but a beginning. The work must continue to build trust between law enforcement and the communities they serve and to hold accountable those who break that trust. With today’s verdict, I am encouraged we can do just that.”

“I again call on our faith and community leaders and groups to provide a safe space and outlet for our residents who want to share their thoughts and emotions following this trial, and thank those who have already committed to do so. People need be heard and have a way to process this event, so let’s have those frank conversations, no matter how difficult they may be, and promote our collective healing.”

“I respect the judicial process and hope this verdict allows our community and nation to begin to heal.

“Since the horrific killing of George Floyd, the Denver Police Department has listened and learned from our community and continues working to build relationships where we demonstrate how we value those we serve.

“We remain committed to finding the best ways to ensure policing in Denver is safe and equitable for all. I believe we have made meaningful progress in the nearly 11 months since his death, but there is more work to be done. Working together as a community is essential to reaching those goals.”

“We’re coming together today to recognize the pain associated with the murder of George Floyd. This has been a painful process for all of America, and we understand the many emotions this verdict is likely to cause in our country and locally.

“Our organization has been on a multi-year journey of learning about racial equity and the importance of making changes in many aspects of local government to address systemic policies and practices that marginalize and harm community members of color.

“The city and the Boulder Police Department are dedicated to innovation and excellence in policing. We are proud of the extremely dedicated and skilled employees in our police department, and we’re grateful to call them our colleagues. We have a robust strategic police reform action plan, including placing the sanctity of human life at the center of every police-community member encounter. We’re also launching an engagement process to create a new Master Plan that will help define the future role of policing in Boulder. We welcome the community’s ideas as part of this process and are working collaboratively to ensure that voices of communities of color are elevated.

“In addition to this, the city is re-committing to several concrete steps:

“Boulder’s work to understand and confront systemic racial inequities started before George Floyd’s death and will continue long after this trial.

“In the days ahead, we anticipate community members may choose to come together to process and reflect upon this outcome. We are prepared to support the right for all to participate in peaceful gatherings, demonstrations and protests. We encourage groups to observe continued public health guidance to help prevent the spread of COVID-19, which continues to be a health risk.

“We see this verdict as a potential step toward healing; however, it must be followed by meaningful and inclusive dialogue and action. We’re committed to that work here in Boulder and look forward to partnering with our community in envisioning and enacting positive change.”

The murder of #GeorgeFloyd affected our entire nation. His death galvanized many in Denver in calling for a close look at police practices & around questions of systemic racism in our criminal justice system. While there is more work to do, today justice was served.

“For centuries, the abuse and murder of Black people at the hands of law enforcement have gone unpunished, but today justice was served – allowing the excruciating pain in our chests to subside. We can finally breathe. Until now there has been virtually no precedent for a police officer to be found guilty on all charges, making this an utterly historic day. But while this decision may be groundbreaking it will not bring George Floyd back to his family, his life is forever lost. All we can hope for now is that the magnitude of his death will lead to meaningful, lasting change. Change that will transform the way in which we hold perpetrators accountable, enshrine systemic protection of Black lives, and put us on a path towards ending the scourge of racism in this country once and for all.”

“No jury’s decision can return George Floyd to the safety of his family’s arms. No single verdict can demolish the structural racism that still plagues our country. But today, the jury reached the right conclusion. Tomorrow, we have to continue the work to ensure that every American, no matter their race, can live in safety with equal protection under the law. The Senate should pass the George Floyd Justice in Policing Act.”

“Over the past year, the people of this country, including prosecutors across Colorado, united in calling for justice for George Floyd. With today’s guilty verdicts, the man who murdered him is being held fully responsible. We commend the prosecution team for their hard work and unerring commitment to justice. We honor victims of crime by seeking justice without fear or favor and by holding fair, public trials. No one is above the law; we commend the jury for their service in reaching the right and just outcome. Today, the justice system worked. Since the murder of Mr. Floyd, there have been deeply felt expressions of the anguish and outrage. Our country still has a lot of work to do in addressing inequities and building trust with all community members. We must make real progress. To truly honor George Floyd requires that we do so. It is our hope that today’s verdict is a positive step in that direction.”

“The murder of George Floyd was a terrible, brutal tragedy and should never have happened. George Floyd’s family and his community deserved justice in this case and I’m glad to see that today justice was served. We still have a lot of work to do in this country to address the inequality and injustice that exists. I’m glad the U.S. House has taken a first step in passing legislation to reform police practices and hold bad actors accountable.”

The correct verdict was reached, but this should never have happened to George Floyd. The verdict cannot be the end—we must stop this from happening over and over.

“I am grateful to the jury in Minnesota for calling the death of George Floyd exactly what it was:  murder.  I am also grateful to the law enforcement officers who took the stand and testified that the defendant’s conduct was not policing, it was a crime.  It takes courage to do the right thing and that is what the jury and police witnesses did.  Their service to their community is also a service to ours.

“I applaud the prosecution team for their professionalism in presenting this case as well.  Their outstanding work is an example to which all prosecutors should aspire.

“This murder conviction is an important step, but is only a step.  The work of addressing racial disparities in our criminal justice system should and must continue.  Since George Floyd’s murder, we have engaged in a serious, difficult and often painful conversation about race, policing and the criminal justice system.   We cannot become complacent because this case ended with the appropriate result. The conversation must go on. I am committed to the difficult task ahead in addressing these issues forthrightly and honestly.

I am glad to see justice achieved in this egregious, horrific case.  George Floyd should still be alive today.  May his death – and the conviction of his killer – help us move forward to a better tomorrow for all.”

Why Airline Rewards Programs Are Trying Harder to Keep You Loyal