Fans or no fans at Tokyo Olympics? Officials to decide by June 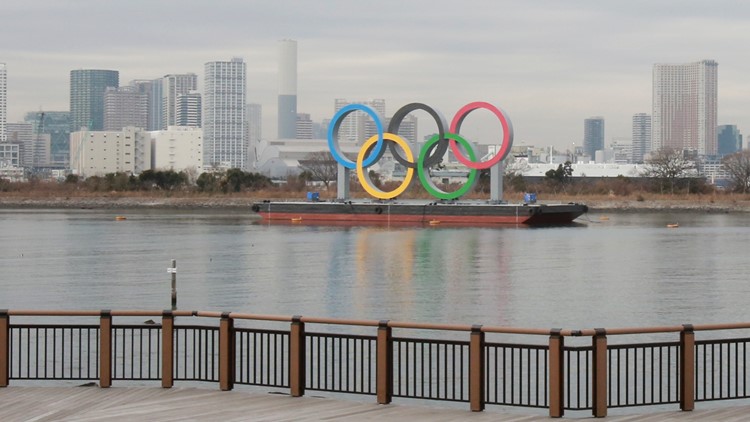 Organizing committee president Hashimoto says a decision on venue capacity may not be made until June. She had previously promised that decision for this month.

TOKYO, Japan — Japanese residents with tickets to the Tokyo Olympics may not know until weeks before the games open if they’ll be allowed to attend.

Fans from abroad have already been barred, and on Wednesday organizing committee president Seiko Hashimoto said a decision on venue capacity — or if there will be any fans at all, or just empty venues — may not be made until June. She had previously promised that decision for this month.

“We are still studying the timing,” Hashimoto said at a news conference in Tokyo after she and CEO Toshiro Muto finished an online, closed-door briefing with the IOC executive board in Switzerland.

She confirmed that June “was an option. I guess we need a little more time to make a proper judgment.”

Government minister Taro Kano, who is in charge of the vaccine rollout in Japan, hinted last week that empty venues seemed likely as COVID-19 surges across Japan.

Hashimoto’s backpedaling is typical of the ever-changing planning as virus cases rise in Japan with Tokyo’s postponed Olympics set to open in three months in the midst of a pandemic.

RELATED: Head of Tokyo Olympics again says games will not be canceled

“In local municipalities the situations are rather dire,” Hashimoto said. “And in this context, Japanese citizens and residents have worries and concerns. I know that. … For the safety and security of the games, we must contain the spread of the virus as soon as possible.”

Many of the worries now center around the torch relay.

A leg of the relay on Wednesday was moved off the public streets in Matsuyama City in the prefecture of Ehime. It was to take place in a city park with “no spectators or stage performances,” an organizing committee statement said.

This followed the torch being detoured last week in Osaka — Japan’s second largest metropolitan area — and run only in a city park.

Some legs of the relay will also be taken off the public streets on May 1-2 on Japan’s southern island of Okinawa.

The torch relay will feature a total of 10,000 runners crisscrossing Japan until it arrives on July 23 at the opening ceremony in Tokyo. The relay began on March 25 in northeastern Japan and, though it has run with few incidents, organizers have cautioned that it may need to be rerouted as conditions change.

Osaka and Tokyo were expected to come under new emergency orders this week. Tokyo Governor Yuriko Koike has said measures needed to be taken “as soon as possible” to stem the spread. And Hashimoto acknowledged they were likely to come quickly into force.

Japan has attributed more than 9,600 deaths to COVID-19, good by global standards but poor by standards in Asia.

“If the coronavirus infection keeps getting worse, it’s no time to be holding the Olympics,” Kotaro Nagasaki, the governor of Yamanashi prefecture, said this week.

Yamanashi is located southwest of Tokyo and is the home of the famous Mt. Fuji.

Some Tokyo test events are also being postponed or rescheduled. Many that are going forward are being held without athletes — so-called operational events — or with only Japanese athletes.

A qualifying event from artistic swimming in Tokyo that was first scheduled for earlier in the year, and then pushed back to early May, will now be held outside of Japan in June, swimming governing body FINA said in a statement.

It had to be moved partially because a FINA diving event is to take place in Tokyo on May 1-6 at the new Olympic swimming venue. It is to be held without fans, and will feature divers from abroad.

Olympic Minister Tamayo Marukawa last week said that all athletes might need to be tested daily during the Olympics. Japan’s Kyodo news agency on Tuesday reported that daily saliva tests for Olympic and Paralympic athletes are being planned, quoting “officials with knowledge of the planning.”

Hashimoto confirmed that “in principle, testing will be daily.” Early plans had called for tests every four days.

This change is likely to appear in the second edition of the “Playbook,” which is to be published by the end of the month. These guides are put out by the IOC and so far have set out vague rules for 15,400 Olympic and Paralympic athletes and tens of thousands of others — judges, officials, media and broadcasters — when they enter Japan.

A final edition of the Playbook is to be published in June.

So far, Japanese athletes have not been vaccinated and officials repeatedly say there is no plan to do so. There is sure to be strong public opposition to any plan to push young athletes ahead of the elderly, medical workers and other vulnerable communities.

No, Biden Is Not Coming After Americans’ Burgers | Voice of America