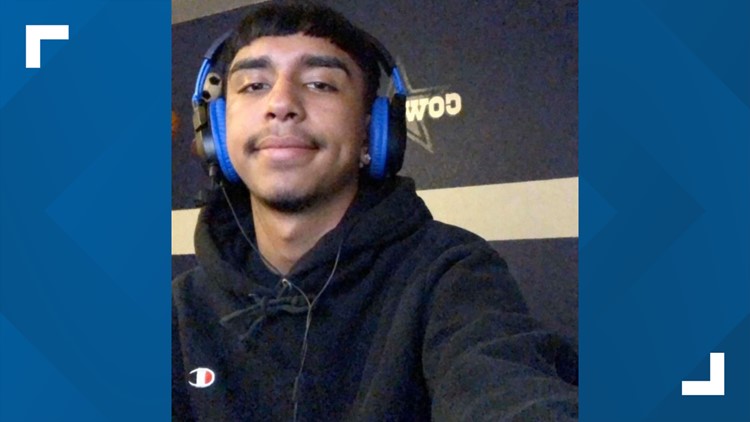 16-year-old Alexis Mendez-Perez was shot to death exactly one year ago today.

AURORA, Colo. — Ana Mendez wore one of her brother’s favorite shirts today, a black, long-sleeved designer shirt that she said he bought just before he died exactly one year ago.

“It’s still hard for me to believe that he’s gone and now it’s a year and there hasn’t been any justice yet,” Mendez said.

On April 23 of last year, 16-year-old Alexis Mendez-Perez, Ana’s brother, broke into a vacant house in northeast Denver with a few friends.  Ana says they were planning a birthday celebration but never got the chance to celebrate.  After a neighbor called 911, police arrived and the boys scattered.

According to court documents, Alexis climbed a fence and was running through a neighbor’s yard when suddenly, that neighbor, Desmond Manning, fired several shots from a .40 caliber handgun.  According to the autopsy report, one of the shots hit Alexis in the back. He died a short time later.

“He was running away, you know. He would not put anyone in harm. Not even a fly, he wouldn’t hurt a fly,” Mendez said.

Police arrested Desmond Manning at the scene on suspicion of second degree murder. At the time, Manning was a criminal investigator with the Colorado Department of Corrections — a law enforcement officer licensed to carry a gun.

A few weeks later, Denver DA Beth McCann declined to file charges, saying she could not prove Manning’s guilt beyond a reasonable doubt.  Ana says she has still not gotten over that decision.

RELATED: Family of teen fatally shot in the back asks judge to order charges against state corrections officer

Manning was fired by the Department of Corrections three months after Mendez-Perez was killed. The Mendez-Perez family filed a wrongful death lawsuit last year against Manning.

RELATED: Suit alleges state DOC investigator was ‘negligent’ and ‘reckless’ when he shot teen in the back

Like millions of other Americans, Ana Mendez said she watched the trial of Derek Chauvin, the Minneapolis cop convicted this week of killing George Floyd. She said the trial hit close to home — that she was happy that Floyd and his family got the justice they deserve, but that she’s still waiting for the same kind of justice for her family.

“I want people to know his story. He wasn’t a bad guy, he didn’t ask for this. I would love for his story to be worldwide, and people to see that he was 16,” Mendez said.

6,000 out of 84 million fully vaccinated got COVID, CDC says

Killing me softly with this sound, Opinion News & Top Stories