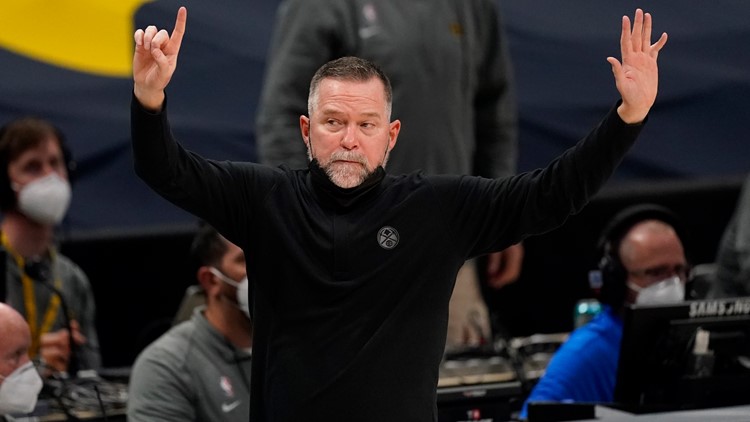 Denver went 13-3 in April and played a large part of the month with Jamal Murray who tore his ACL and is out for the season.

Malone continues to solidify he’s one of the league’s elite coaches, as it was announced Tuesday afternoon he won Western Conference Coach of the Month for April.

The Nuggets went 13-3 in April, which was the best mark in the NBA. It was the most wins in a single month by the team this season and tied for the most victories in a month by any team this year (Jazz, 13-3, January).

On April 12, the Nuggets lost star point guard Jamal Murray to a torn ACL and many around the league thought Denver would fall off.

Malone has led the team to a 9-2 record since the devastating blow.

The Nuggets went 10-1 at Ball Arena in April and are 22-7 since the All-Star Break, which is tied for the best record in the NBA during that stretch.

Malone is third in team history with 262 career wins and recently won his 300th career game as an NBA head coach.

Denver next hosts the New York Knicks on Wednesday night at Ball Arena.

> Video above: Commentary: Jamal Murray will be back, but his torn ACL is heartbreaking

RELATED: Commentary: Jamal Murray’s torn ACL is heartbreaking, but he will be back

Women Outnumber and Outvote Men, But They Don’t Vote Alike | Voice of America