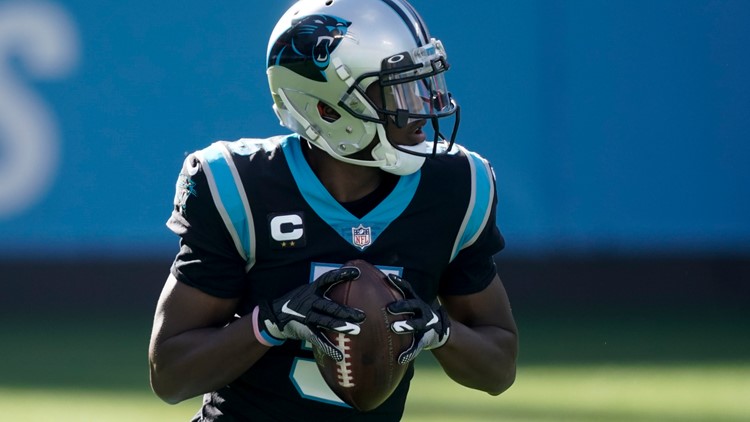 ENGLEWOOD, Colo. — It took patience and some financial discipline but new Denver Broncos’ general manager George Paton came through on his word to add competition to the team’s quarterback position.

The Broncos acquired veteran quarterback Teddy Bridgewater from the Carolina on Wednesday — several weeks after 9NEWS first reported such a trade was possible — in exchange for a sixth-round draft pick.

Bridgewater’s contract was restructured. He did have $17.95 million coming this year — with $10 million fully guaranteed — plus a non-guaranteed $21 million in 2023.

Under his new deal, the $21 million in 2023 is erased. Carolina will pay $7 million of Bridgewater’s $10 million guarantee with the Broncos picking up the other $3 million. The Broncos will also pay Bridgewater a $1.5 million salary. So Bridgewater will wind up with a one-year, $11.5 million deal.

Bridgewater was a first-round draft pick of the Minnesota Vikings in 2014, when Paton served as the team’s assistant general manager. Bridgewater led the Vikings to an 11-5 record and playoff berth in 2015, but he then suffered a gruesome knee injury during a late-August practice in 2016. The Vikings’ tight ends coach and eventual interim offensive coordinator that year was Pat Shurmur, who is know the Broncos’ offensive coordinator.

Bridgewater missed the entire 2016 season and all but a couple snaps in 2017-18, but he went 5-0 in relief of an injured Drew Brees for New Orleans in 2019, then started 15 games for Carolina last year.

Bridgewater has the type of maturity and leadership that figures to help mentor the young Lock and work well with the Broncos’ young offense. He will compete with Lock for the starting job.

Lock and Bridgewater matched up in a week 14, mid-December game last season in Carolina. Lock clearly outplayed his new competition that day. Lock completed 21 of 27 for 280 yards, four touchdown passes, zero interceptions and took just one sack while compiling a career-best, 149.5 passer rating in a 32-27 win.

Bridgewater, playing mostly from behind, completed 30 of 40 passes for 283 yards with no touchdowns or interceptions and took four sacks for a 94.1 rating.

For now, expect Lock to take the first rep in training camp. Although, let’s see what Thursday brings.

It’s possible the Broncos may still select another young QB — Justin Fields, Mac Jones or Trey Lance — with their No. 9 overall draft pick on Thursday.

GM George Paton on agreeing to trade for @teddyb_h2o: pic.twitter.com/lHgKRGVX2x

U.S. denies claims from Iran of prisoner deal while U.K. officials play it down – National

Why Colorado should pay attention to COVID's impact on India