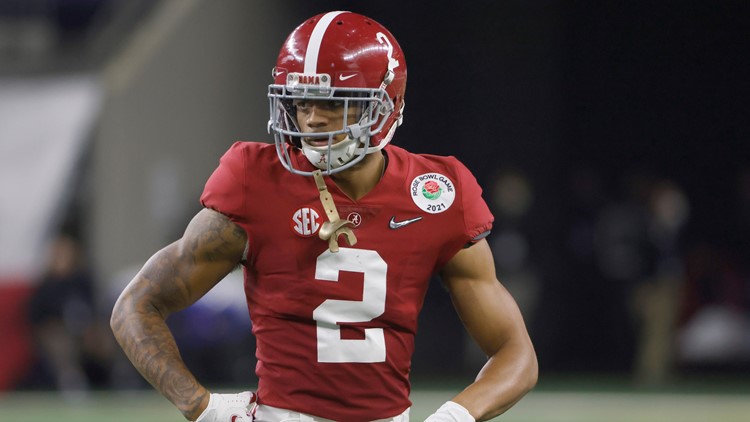 Son of an 11-year cornerback, Surtain follows Jerry Jeudy as first-round draft picks out of Alabama taken by Broncos in back-to-back years.

ENGLEWOOD, Colo. — Can’t have too many corners, right Vic Fangio?

The Broncos took Alabama cornerback Patrick Surtain II with their No. 9 overall draft pick Thursday, disappointing many in Broncos Country who wanted either Justin Fields or Mac Jones, quarterbacks who had been available.

But after acquiring veteran quarterback Teddy Bridgewater to back up Drew Lock on Wednesday, Broncos general manager George Paton felt confident enough with his quarterback position to take still another corner. Surtain was drafted first even though the Broncos’ two biggest free-agent acquisitions, Ronald Darby and Kyle Fuller, were both cornerbacks.

The Broncos have now used their first-round draft pick on an Alabama player in back-to-back years. They took Crimson Tide receiver Jerry Jeudy with the No. 15 overall pick last year. Surtain II is the son of former Dolphin and Chiefs’ cornerback Patrick Surtain, who played 11 years in the NFL from 1998-2008.

By taking Surtain, the Broncos passed up Fields and a chance to move back in the draft and acquire extra draft picks.

Welcome to the Broncos, @PatSurtainll!!!

Denver selects the former @AlabamaFTBL cornerback with the No. 9 overall pick in the 2021 #NFLDraft #9sports #BroncosCountry pic.twitter.com/eselHT8lba