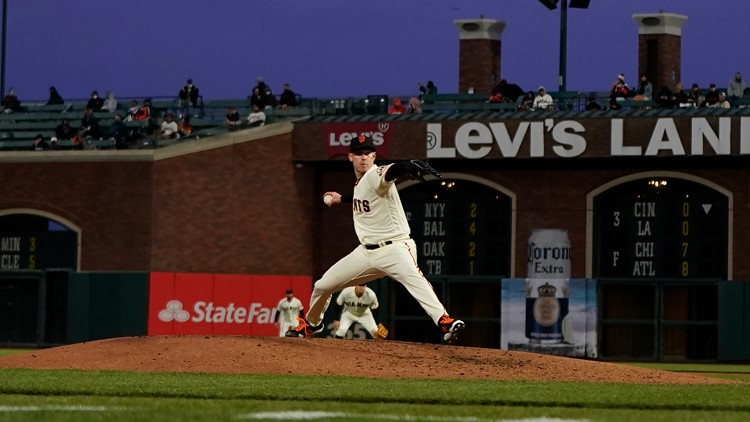 SAN FRANCISCO — Anthony DeSclafani pitched a three-hitter, Evan Longoria had a two-run double and an RBI single after sitting out three games with a sore left hamstring, and the San Francisco Giants routed the Colorado Rockies 12-0 on Monday night.

Mauricio Dubon drove in four runs and Buster Posey hit a two-run homer in the sixth inning that gave DeSclafani all the run support he needed and then some.

The right-hander struck out nine and walked one as the Giants took over the major league lead in ERA at 2.81.

San Francisco jumped to a quick 4-0 lead, getting an RBI double by Posey and run-scoring singles from Longoria and Darin Ruf.

Earlier in the day GM Jeff Bridich, who acquired Gomber and four others from St. Louis for Nolan Arenado, resigned his position with the team.