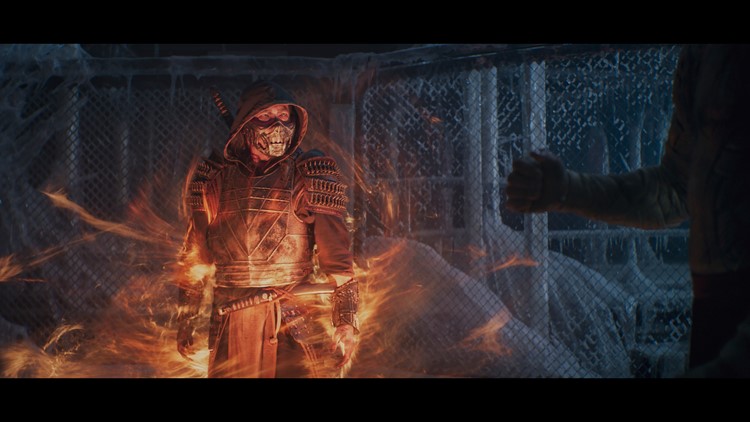 NEW YORK — The weekend at movie theaters featured something not seen for a while: a genuine box-office battle.

The two releases fueled the best weekend for movie theaters during the pandemic, with an estimated $54.2 million in ticket sales overall, according to data firm Comscore. “Mortal Kombat,” which like other 2021 Warner Bros. debuted simultaneously on HBO Max, sold more tickets in the U.S. than any movie besides the studio’s own “Godzilla vs. Kong” — which on Sunday crossed $400 million worldwide. In March, “Godzilla vs. Kong” set a pandemic-best debut with a five-day $48.5 million opening.

The performance of “Demon Slayer — Kimetsu No Yaiba — the Movie: Mugen Train” was more surprising. The Japanese movie, which played dubbed and with subtitles, is a continuation of the “Demon Slayer” TV series, which itself comes from a popular manga series. It has already been a massive hit internationally. In Japan, it’s the highest-grossing movie ever with more than $350 million in estimated ticket sales.

The two releases, while far from awards material, gave Hollywood some good news ahead of Sunday’s Academy Awards. The outlook has been increasingly brightening for movie theaters, which are hoping for a semi-normal summer season, perhaps by late May or early June. “A Quiet Place Part II” and the Walt Disney Co.’ “Cruella” are both set for release Memorial Day weekend.

Thus far, the best evidence for a theatrical recovery comes ironically from movies that have played at home at the same time as they have in cinemas. With that approach, Warner Bros. has topped the box office nine out of 17 weekends this year, and accounts for 48% in North American market share.

“Mortal Kombat,” based on the game that first spawned a 1995 film, has also picked up $27.6 million internationally. Made by New Line for approximately $55 million, the film — which was mostly panned by critics but more warmly praised by audiences for its bloody fight sequences — is part of a new surge in video game adaptations.

Patrick Dempsey will sing and dance in Disney ‘Enchanted’ sequel

Patrick Dempsey will sing and dance in Disney 'Enchanted' sequel