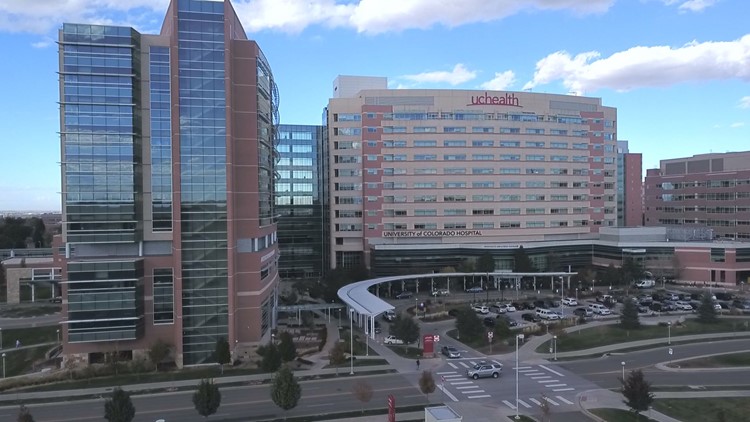 The patient received the Johnson & Johnson (Janssen) vaccine elsewhere and was later admitted to the UCHealth emergency department.

AURORA, Colo — A patient admitted to the University Hospital (UCHealth) emergency department with blood clots developed from the Johnson and Johnson (Janssen) vaccine, was treated with an alternate blood thinner, per Centers for Disease Control and Prevention (CDC) guidance, according to the hospital.

>Video above is from a CDC conference where a US health panel urges restarting J&J COVID-19 vaccinations.

On April 13, the day the CDC placed a pause on the Johnson and Johnson vaccine, a woman in her 40s was brought to UCHealth suffering from vaccine-induced thrombotic thrombocytopenia (VITT), the hospital said.

Morgan Wolfe came to the emergency department 12 days after she received the Johnson and Johnson vaccine.

“It was really pretty terrible,” Wolfe said. “Excruciating pain, and so I decided I needed to go to the ER.”

Wolfe said she felt dizzy, had stiffness in her neck and a pounding headache. She was admitted to the hospital on the same the CDC put a pause on the use of the Johnson and Johnson vaccine after a handful of reports of severe reactions to the shot.

Wolfe said doctors at UCHealth discovered clots in her lung and around her brain.

“I’ve never had any medical issues really, so to have one that’s super rare and becoming a little bit high-profile is definitely surreal,” she said.

The CDC had warned that the blood clots, which could occur from a rare complication of the Johnson and Johnson vaccine, should not be treated with the usual first-line drug, heparin, which could cause the clots to become worse, UCHealth said in a release. The CDC guidance stopped there.

“There was not a suggestion of instead of Heparin, use this other medication,” said Dr. R. Todd Clark. “That wasn’t there.”

Clark, assistant processor of emergency medicine at the University of Colorado School of Medicine, said he looked at cases involving the AstraZeneca vaccine where patients experiencing similar, severe blood clots were treated with bivalirudin, an alternate blood thinner.

“At that time, there had been no published cases of people treating the J&J vaccine with non-Heparin medications,” Clark said.

Doctors at UCHealth treated Wolfe with bivalirudin and the results paid off. After six days in the hospital, she was released and continues to recover at home.

“Definitely not 100 percent, but I feel okay,” Wolfe said.

Wolfe said she’s still taking blood thinning medication and checking in with doctors weekly. Her case is now detailed in the Annals of Emergency Medicine.

“This at least gives some confidence and some direction about where to go,” said Clark, who is lead co-author of the report. “Future doctors who are presented with this case can at least know that this medication has been safely used in the past.”

This was the first known case of a patient with VITT treated with a heparin alternative, following the CDC guidance, according to UCHealth.

Doctors at UCHealth said people should still feel comfortable getting vaccinated any of the authorized vaccines, including the J&J vaccine.

“The one-dose vaccination option will be convenient to provide to patients in our emergency departments who may have not yet received the vaccine due to various barriers,” said Dr. Richard Zane, UCHealth chief innovation officer and professor and chair of emergency medicine at the University of Colorado School of Medicine. “While the risk of developing blood clots is extremely rare, we know this condition can be treated safely. In the very unlikely event a patient develops VITT, they would be in good hands with a team of people who can treat it.”