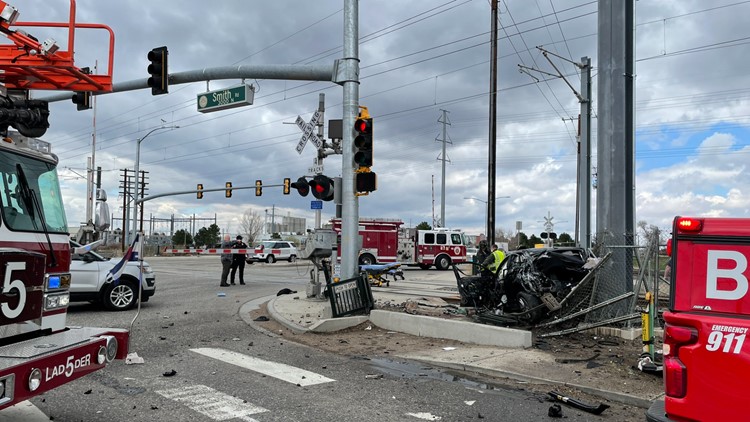 The car’s driver suffered serious injuries, according to Aurora Police.

AURORA, Colo. — A car was struck by a University of Colorado A-Line train Wednesday afternoon in Aurora.

Aurora Police Department (APD) said the crash happened in the intersection at Chambers and Smith roads. That’s between Airport and Sable boulevards, just south of Interstate 70 and east of Interstate 225.

The driver of the car suffered serious injuries, according to APD.

Aurora Fire Rescue were assessing passengers on the train for any injuries, police said

Chambers Road will be closed for an extended period of time, APD said.

Several major construction projects are ongoing in metro Denver currently. They include:

The Central 70 Project will reconstruct a 10-mile stretch of I–70 between Brighton Boulevard and Chambers Road. The project will remove a 56-year-old viaduct, as well as lower the interstate between Brighton and Colorado boulevards. A 4-acre park will be built over a portion of the lowered interstate, and one Express Lane will be added in each direction. The project is slated for completion in 2022.

> More information on the Central 70 project can be found here.

The 18-mile South Gap Project is split into three geographic sections – north (between Plum Creek Parkway and Sky View Lane/Tomah Road), middle (between Sky View Lane/Tomah Road and Greenland Road) and south (between Greenland Road and Monument). The project will add one express lane in each direction in addition to the two general use lanes. It’s slated for completion in 2022.

> More information on the South Gap project can be found here.

> More information on the C-470 Express Lanes project can be found here.

RELATED: Last April, DIA was almost empty and planes were parked on the runway. Here’s what it looks like now

RELATED: Teen accused in ‘highway takeover’ of I-225 in Aurora, other suspect killed in unrelated crash