93rd Academy Awards: How to watch, what to know for the Oscars 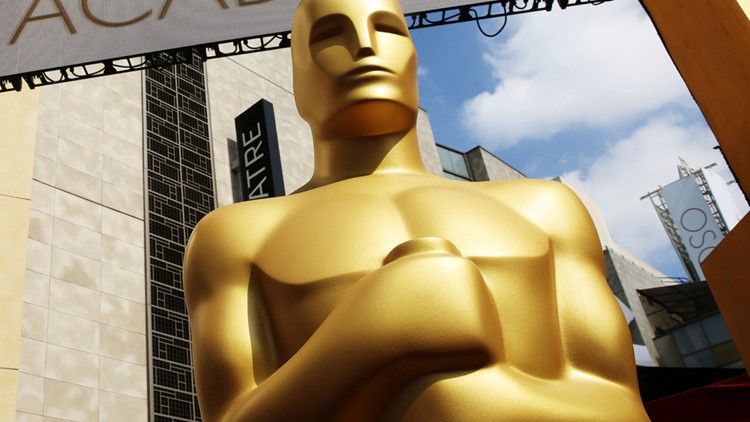 WASHINGTON — The 93rd annual Academy Awards show is right around the corner.

Like other awards shows, the Oscars telecast was pushed back due to COVID-19 pandemic restrictions and safety concerns. The show will now air live on ABC on April 25, 2021, a few months later than it was originally scheduled on Feb. 28, 2021.

In the show’s history, it has been postponed only three times, but never so far in advance. Organizers announced the new date back in June 2020.

The show is forging ahead with an in-person show at Los Angeles’ Union Station, the Dolby Theatre and other international locations. However, it will be scaled back with only presenters, nominees and their guests in attendance.

After a pandemic year that shuttered movie theaters and upended the movie business, Academy Awards nominations this year went to two female directors for the first time, to a historically diverse slate of actors and to David Fincher’s lead-nominee “Mank,” a traditional kind of Oscar contender — an old Hollywood homage — in a very untraditional year.

Here is everything you need to know about the upcoming awards show.

RELATED: A by-the-numbers look at a year of Oscar diversity, firsts

When will the Oscars start?

The 93rd annual Academy Awards will be broadcast live on ABC from Union Station in Los Angeles, the Dolby Theatre at Hollywood & Highland Center in Hollywood, and international locations.

The Academy Awards still hasn’t announced a host for the 2021 show. For the past two years, it has been host-less.

In 2019, comedian Kevin Hart was announced as the host but stepped down following the discovery of homophobic tweets made by the comedian in 2009 and 2010. The host-less show trend continued for the 2020 Academy Awards.

All signs are pointing to a third year in a row of a host-less Academy Awards.

The Academy Awards announced the following list of stars who will be presenting during the show on April 25, 2021.

“In keeping with our awards-show-as-a-movie approach, we’ve assembled a truly stellar cast of stars,” said producers for the 93rd annual Academy Award show in a statement.  “There’s so much wattage here, sunglasses may be required.”

Additional presenters could be announced in the near future.

Fincher’s “Mank,” a black-and-white, period drama about “Citizen Kane” screenwriter Herman Mankiewicz, easily topped nominations for the 93rd Academy Awards with 10 nominations, including best picture, best director, acting nods for Gary Oldman and Amanda Seyfried, and a host of others for its lavish craft.

Nominations were spread among a wide variety of contenders. Six films, all of them also up for best picture, score six nods: “Judas and the Black Messiah,” “Nomadland,” “Minari,” “Sound of Metal,” “The Trial of the Chicago 7” and “The Father.” Also nominated for best picture was Emerald Fennell’s “Promising Young Woman.”

History was made in the best director category. Only five women have ever been nominated in that category before. For the first time, two were nominated this year. Chloé Zhao got a nod for her elegiac road-trip drama “Nomadland” alongside first-time feature filmmaker Fennell for her pitch black #MeToo revenge comedy, “Young Promising Woman.” “Never going to stop crying,” Fennell, also nominated for best screenplay, said on Twitter.

For performers, it’s the most diverse group of nominees ever. Nine of the 20 acting nominees are people of color, including a posthumous best-actor nomination for Chadwick Boseman (“Ma Rainey’s Black Bottom”), as well as nods for Riz Ahmed (“Sound of Metal”), Steven Yeun (“Minari”), Viola Davis (“Ma Rainey’s Black Bottom”) and Andra Day (“The People vs. Billie Holiday”) and supporting nominations for Daniel Kaluuya and Lakeith Stanfield (“Judas and the Black Messiah”), Leslie Odom Jr. (“One Night in Miami”) and Yuh-Jung Youn (“Minari”).

How can I watch the Best Picture nominees?

Many of this year’s best-picture nominees have already been released on various home-viewing platforms. But, with theaters gradually reopening nationwide, some contenders are still only playing in brick-and-mortar theaters. One nominee is even departing streaming to play only in cinemas.

Click here for a full breakdown of where to watch/stream the best picture nominations.

Sino-US decoupling: Breaking up is hard to do, Opinion News & Top Stories