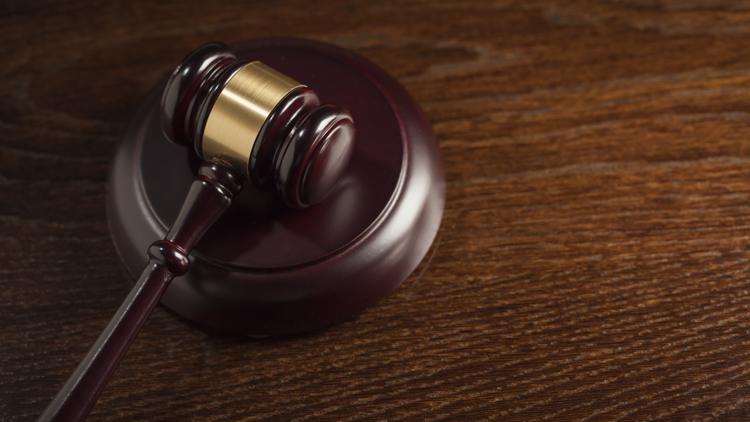 LARIMER COUNTY, Colo. — The former law officer who accused two roofing salesmen of being antifa and held them at gunpoint received four years of supervised probation during a sentencing in an 8th Judicial District Court Tuesday morning.

Scott Gudmundsen, 66, was arrested in June after accosting two salesmen, accusing them of being antifa and holding them at gunpoint.

Gudmundsen pleaded guilty to felony menacing — a class five felony — during a disposition hearing on March 18. During the hearing, he conceded that he menaced the salesmen and used a weapon.

One of those salesmen was Barry Wesley, a Black football player at Colorado State University.

> The video above is from a July 2020 9NEWS report detailing the allegations made against Gudmundsen.

The prison time for a menacing charge is typically 1-3 years with two years of mandatory parole, but a stipulated agreement between Gudmundsen’s team and prosecutors left the judge with two options, probation or 30 months in community corrections.

It was previously recommended that Gudmundsen undergo an evaluation in Wellness Court, which is an alternative to incarceration for people with mental health issues, but the judge said he was not accepted to that program.

District Judge Carroll Brinegar said she decided to go with probation because it would keep Gudmundsen under supervision for the longest period of time possible.

He was also ordered to following stipulations as part of his parole:

Brinegar said Gudmundsen will be back in court for resentencing if he violates any of the conditions of his probation.

Gudmundsen’s family has cited mental health issues as the root of the incident.

In statements given before sentencing, both Gudmundsen and his lawyer said he is very remorseful and that multiple brain injures, PTSD and the lingering mental impact of anesthesia from a surgery that lasted about six weeks all contributed to his actions that day.

Wesley and his colleague were working for a roofing company, going door-to-door in a Loveland neighborhood to solicit business. Gudmundsen is accused of calling 911 on the two salesmen as well as kneeling on Wesley’s neck and jamming a pistol into his back.

During the case against him, he remained behind bars in Larimer County and was unable to make the $50,000 bail that had been set for him.

RELATED: Affidavit: Gunman knelt on neck of Black college football player, jammed pistol into his back

The U.S. Cities Where Airlines See the Most Growth