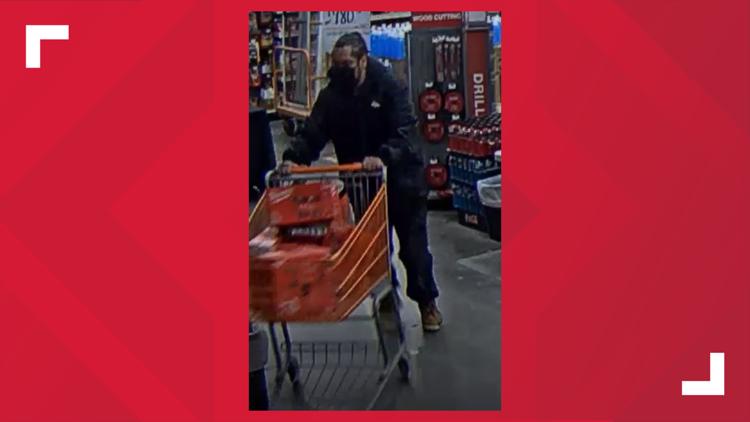 The men are accused of stealing equipment and power tools and then selling the items on the Facebook Marketplace.

DOUGLAS COUNTY, Colo. — A grand jury has indicted three men in connection with a string of armed robberies that occurred around the Denver metro area over the past few months.

Kevin Cervantes-Rodriguez, 23, Justin Patrick Romero,39, and Antonio Guevara, 24, have been connected to at least a dozen robberies since January, according to the 18th Judicial District Attorney’s Office.

They’ve been indicted on 36 counts, including violations of the Colorado Organized Crime Control Act (COCCA) and numerous counts of aggravated robbery, theft and conspiracy, the DA’s Office said.

The indictment alleges that the three men stole thousands of dollars worth of power tools and equipment from retail stores such as Home Depot, Big R and Murdoch’s at gunpoint, and terrorized store employees in the process. The merchandise was later sold on Facebook Marketplace, according to the DA’s office.

The men used some of the proceeds from the sale of the tools to purchase illegal drugs for use and sale, according to the indictment.

The three men are linked to the following armed robberies:

The presumptive sentencing range for a Class 2 felony is eight to 24 years in the Colorado Department of Corrections, according to a DA’s Office news release.

Cervantes-Rodriguez faces the following charges and is due in court on June 4 for an arraignment:

Romero faces the following charges and has a hearing set for May 14:

Guevara faces the following charges and is due in court for an arraignment on June 4:

The release said the Castle Rock and Elizabeth police departments and the Douglas County Sheriff’s Office helped investigate these crimes, along with police in Lakewood and Denver.

Strains, Sprains and Pinched Nerves: Injuries at Home Are on the Rise