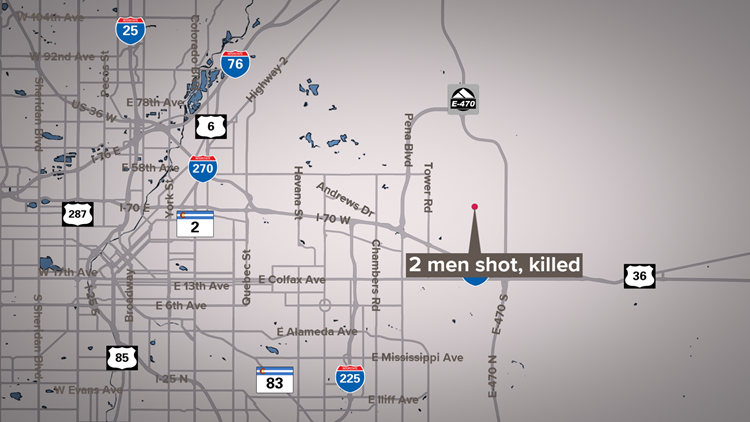 Denver Police were investigating the shooting early Saturday in the 4600 block of South Odessa Street.

DENVER — The Denver Police Department (DPD) was investigating a shooting in which two men were killed early Saturday in the Green Valley Ranch neighborhood.

There had been a crowd of people at that location, and two men were shot, DPD said. Both of the men were pronounced dead at the scene.

No suspects were in custody, DPD said.

The Denver Medical Examiner’s Office will release the victims’ identities.

The circumstances of the shooting were under investigation.

Anyone with information can contact Metro Denver Crime Stoppers at 720-913-7867 or metrodenvercrimestoppers.com. Tipsters can remain anonymous and may be eligible for a reward of up to $2,000.