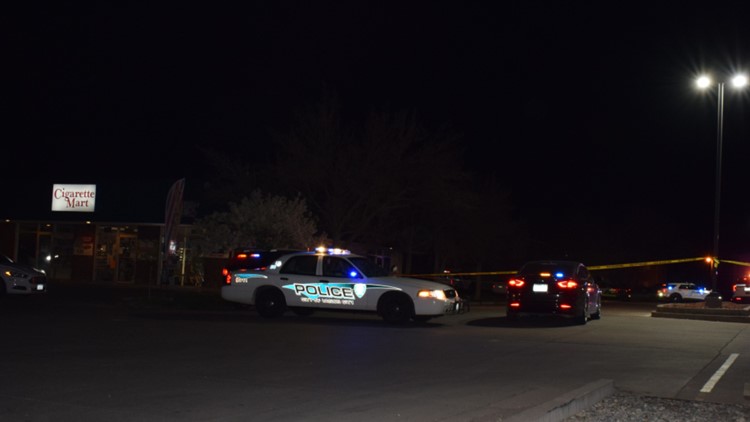 The circumstances of the shooting are under investigation by CBI.

CAÑON CITY, Colo. — The Colorado Bureau of Investigation (CBI) is handling the investigation of an officer-involved shooting in Cañon City that left one man dead and another injured Saturday night.

According to a CBI release, two members of the Cañon City Police Department (CCPD) tried to make contact with the driver of a black Infiniti near the Quality Inn motel on Highway 50 near Dozier Avenue just after 10 p.m.

>VIDEO ABOVE: Study looks into what happens before officer-involved shootings.

CBI said at some point during the incident, shots were fired by the two officers.

A 28-year-old man was shot and later died, CBI said. His name has not been released. An unidentified 20-year-old man who was a passenger in the car was also shot, CBI said, but he is expected to live.

The officers were not hurt, according to CBI. The agency said it is investigating the incident at the request of CCPD.

CBI said the officers are on administrative leave in accordance with CCPD policy.

Further details about the incident have not been released.

A look back at Colorado’s historic 2020 wildfire season

A look back at Colorado's historic 2020 wildfire season

In ‘Wahl Street,’ the Business Struggle Mark Wahlberg Wants You to See

Michaela Onyenwere selected in first round of WNBA draft